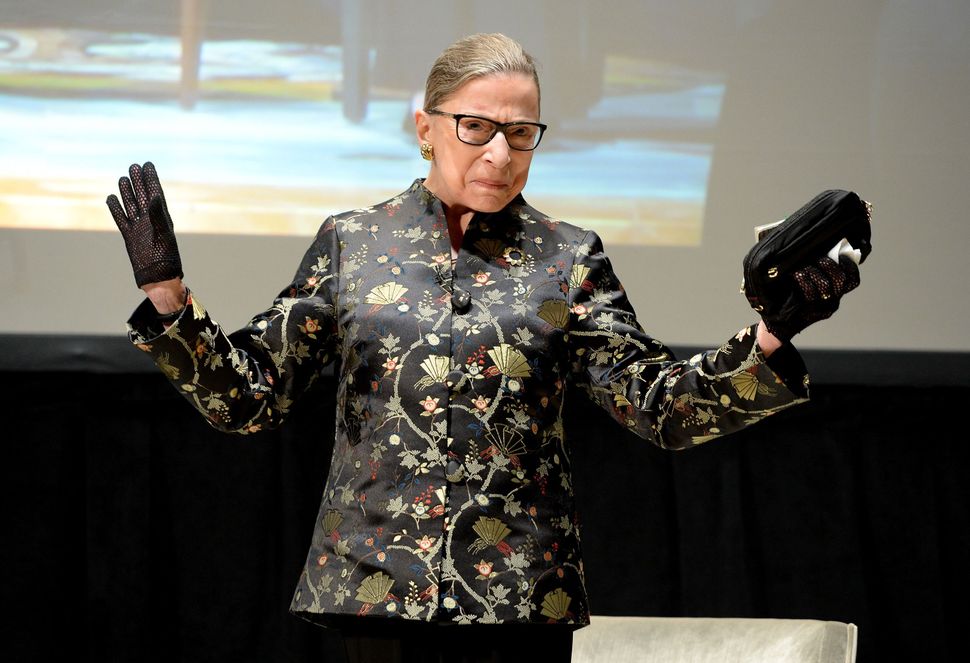 RBG can’t be bought, even for $47M. Image by Getty Images

Look. It’s not okay to harass the elderly.

That being said — there really is nothing more delightful than watching a paparazzo chasing down Supreme Court Judge Ruth Bader Ginsburg, shouting, “I LOVE YOUR WORK!”

Early Wednesday morning the celebrity gossip site TMZ posted a video of an unnamed reporter jogging through Reagan International Airport in pursuit of Ginsburg, who was flanked on all sides by suited security guards. Their exchange went like this:

Paparazzo (gasping, seemingly in exhaustion from chasing the 85 year-old Ginsburg): Justice Ginsburg! I saw your work, I love your work, I still do!

Paparazzo: Justice, would you ever change your career with Judge Judy if you had the opportunity? Do you love Judge Judy?

Ginsburg: (Apparently unable to leave the bate) I haven’t — I don’t like television.

Paparazzo: Would you ever exchange careers for at least a year with her?

Paparazzo: Love what you do!

So civically inclined is TMZ, that the article accompanying the video on their site points out that with a salary of $251,000, Ginsburg makes a tiny fraction of Judge Judy’s annual $47 million. In fact, Judy Sheindlin, (the Judge herself,) recently won a court case that alleged that she was being overpaid. Responding to yet another dogged TMZ reporter in a comment RBG would surely approve of, Sheindlin said, “I’m happy that the judge said that not only can women never make too much money, but since we never question what guys earn, why would anybody question what I earn?”