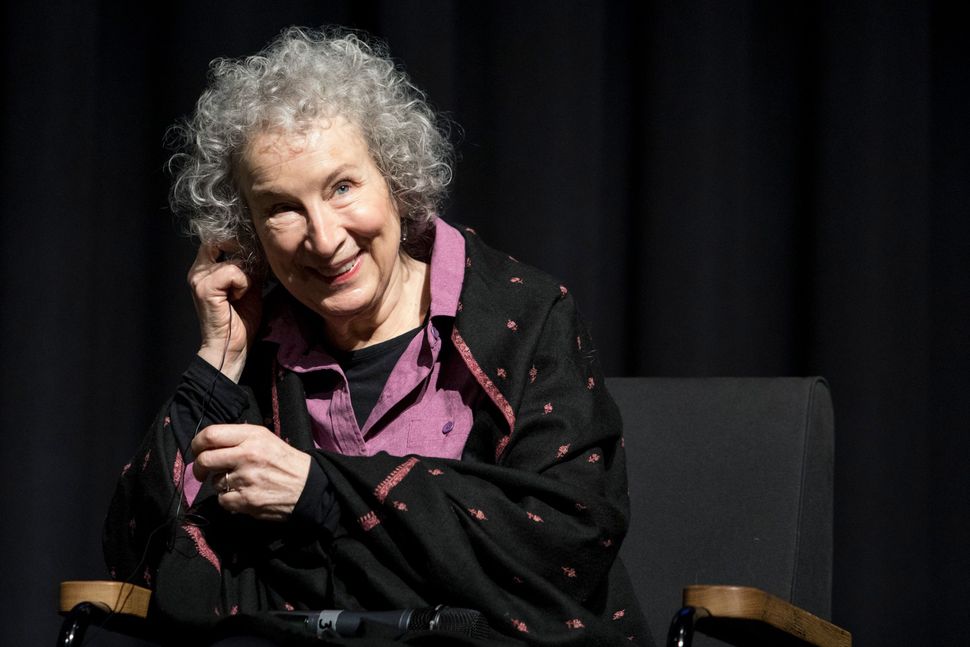 Though we will likely never be able to prove definitively that “Star Wars” inspired the attacks of September 11, it seems reasonable to assume that they did not. This is an assumption we should reexamine, according to “The Handmaiden’s Tale” author Margaret Atwood, who said in an interview with Variety that the “idea” for 9/11 came from the first “Star Wars” movie.

Atwood’s interview is now going viral for this quote: 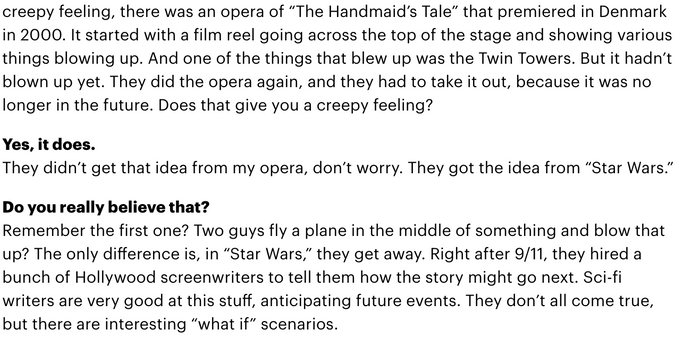 Does the science-fiction author, so famous for her wisdom and wit, really believe that?

Though it is appealing to jump to wild conclusions that Margaret Atwood is a conspiracy theorist who blames science fiction — and by extent, all the Jews involved in science fiction! — for 9/11, it is actually reasonable to assume that she does not. Atwood, who comes off as sharp as a tack and highly quotable in the rest of the interview, seems to be joking. Again, we can’t prove it, but the idea that Margaret Atwood participates in hysterical conspiracies is one we should probably reexamine.