An Anthology Of Refugee Writing, Evgeny Kissin And More To Read, Watch And Do This Weekend 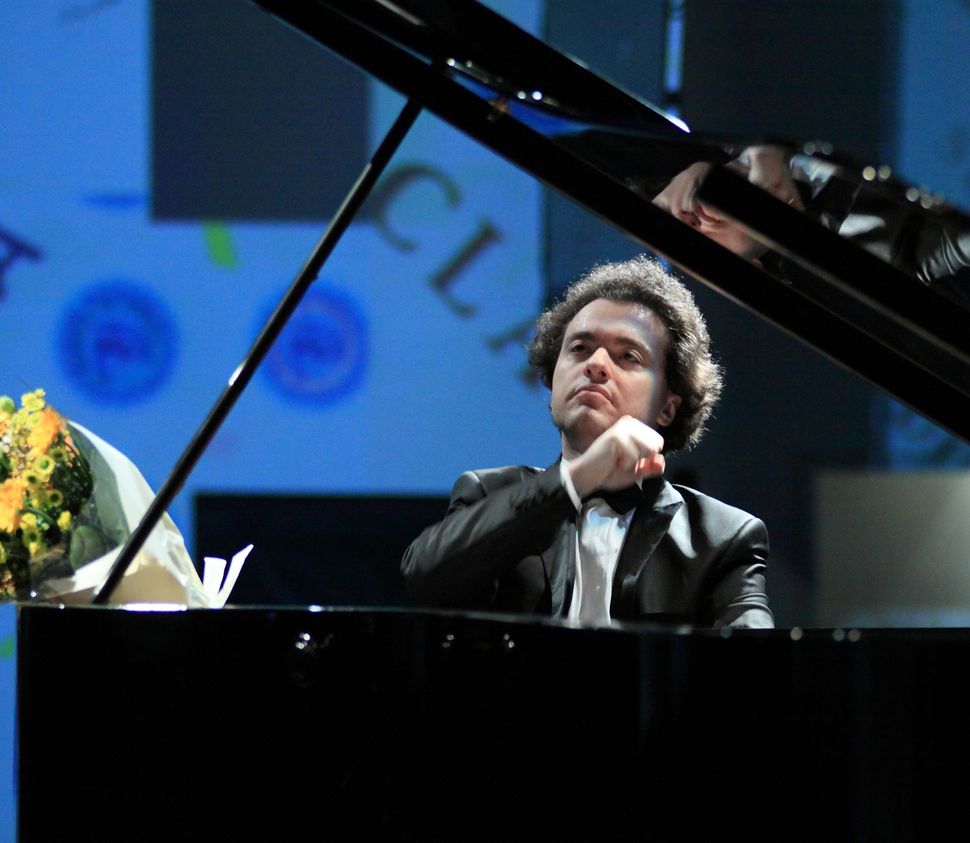 Reader, I have almost no commentary to offer about this week. It has been long and strange. Kafka would approve. Pick up some work by the dour surrealist, if you wish; if said dour surrealism hits slightly too close to home, peruse our weekend culture recommendations for alternatives.

A few new must-reads have hit shelves this week. “The Displaced,” a Viet Thanh Nguyen-edited anthology of work by refugee writers including David Bezmozgis and Ariel Dorfman, tops our list. Also worth picking up are Piper Weiss’s memoir “You All Grow Up and Leave Me,” Michelle Dean’s “Sharp: The Women Who Made an Art of Having an Opinion” and Maira Kalman and Barbara Scott-Goodman’s “Cake.”

Asghar Farhadi’s new feature “Everybody Knows” has just been announced as the opener of this year’s Cannes Film Festival. If you missed Farhadi’s previous film, the Oscar-winning “The Salesman,” now is an excellent time to catch up on it. (You can read my review, to boot.) New in theaters this week is “Bye Bye Germany,” which has so far received promising reviews.

Friday night, head to Baruch College for saxophonist Jane Ira Bloom’s jazz quartet reimagining of Emily Dickinson’s poems. Sunday afternoon, the Frick hosts an interfaith discussion about the exhibit “Zurbarán: Jacob and His Twelve Sons,” which I wrote about here. And if you can make it, don’t miss The Metropolitan Opera’s revival of Elijah Moshinsky’s staging of “Luisa Miller,” which stars Plácido Domingo and Sonya Yoncheva.

The nation’s orchestras take over the capital this weekend during “SHIFT: A Festival of American Orchestras.” A particular highlight should be cellist Alisa Weilerstein’s Friday night performance with the Indianapolis Symphony Orchestra. On Saturday night, head to George Mason University for Susan Albert Loewenberg’s L.A. Theatre Works production of “The Mountaintop.”

Catch two exhibitions in L.A. this weekend: “Spotlight—Selections from Kehinde Wiley’s ‘The World Stage: Israel’” at the Skirball Center and “Alex Katz: Grass and Trees” at Gray Warehouse. Dancer and choreographer Dada Masilo’s “Giselle,” set to music by Philip Miller, is a great bet at the Wallis Annenberg Center for the Performing Arts, and Rogers and Hammerstein’s “South Pacific,” which you can catch this weekend at the Valley Performing Arts Center, is always fun.

An Anthology Of Refugee Writing, Evgeny Kissin And More To Read, Watch And Do This Weekend