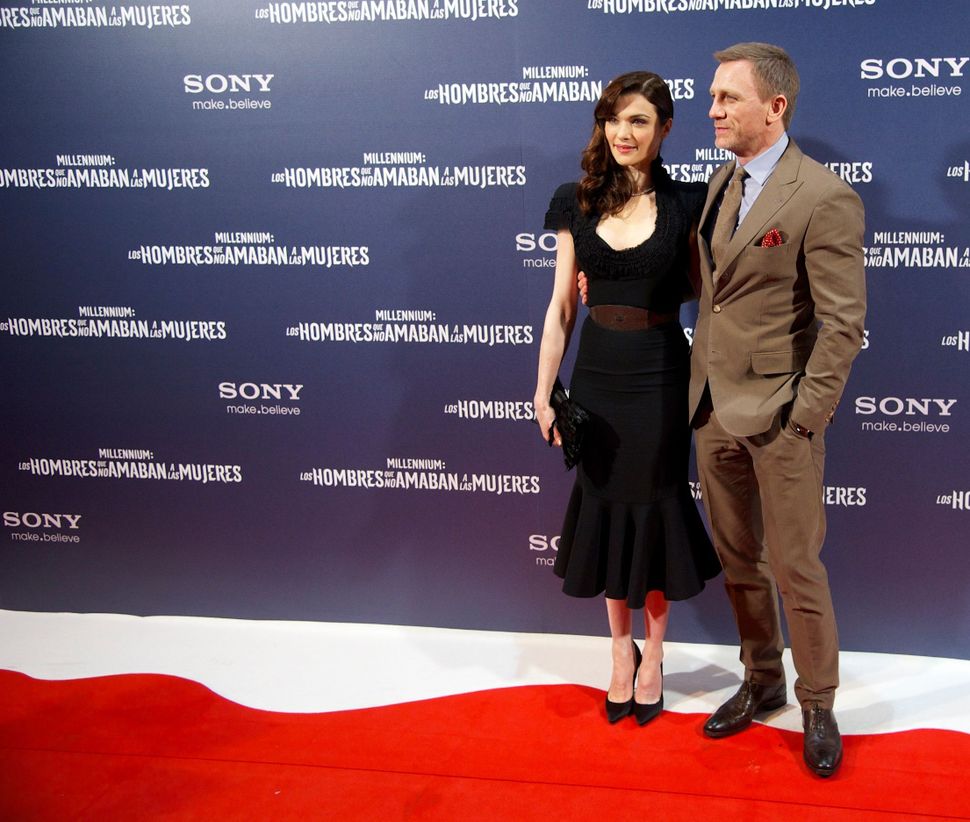 Sing with me: How do you solve a problem like entrenched-societal-misogyny?! How do you catch egalitarianism and pin it down?

Husband and wife Daniel Craig and Rachel Weisz are the latest to try to deal with ye olde flibbertigibbet known as gender inequality, through the lens of the “James Bond” franchise. As Craig, 50, prepares to once again don the tuxedo and bowtie, it does not escape some critics’ notice that, as sociologist Linda Lindsay has noted, “In four decades of James Bond films…women are depicted enjoying rape.” Tra la!

Danny Boyle, who is co-writing a script for the upcoming movie and is expected to be announced as director, was asked if the film will reflect the #MeToo era. He said, “You write in real time. You acknowledge the legacy of the world [of Bond](as it were. “of Bond”) “I’ve been trying to do that gently for the past four movies and I’ll continue to do that.”

Indeed, sexagenarian Boyle and aging spy-impersonator Craig are passionate luminaries who will light our way to a better tomorrow for women, and if they are not give at least $200 million to do so we should take to the streets. And many, from actress Priyanka Chopra to the executive producer of the “Bond” movies Barbara Broccoli, have expressed interest in seeing a female Bond on the big screen.

But Craig’s wife, actress Rachel Weisz, doesn’t think so. “Why not create your own story rather than jumping on to the shoulders and being compared to all those other male predecessors?” she asked The Telegraph. “Women are really fascinating and interesting and should get their own stories.”

A novel idea, indeed. And a controversial one. Yes, women deserve stories written by them and for them. But just imagine: Rachel Weisz as a 48 year-old, Jewish, female Bond.

Nothing wrong with being “compared to all those other male predecessors” if you’re the best one.