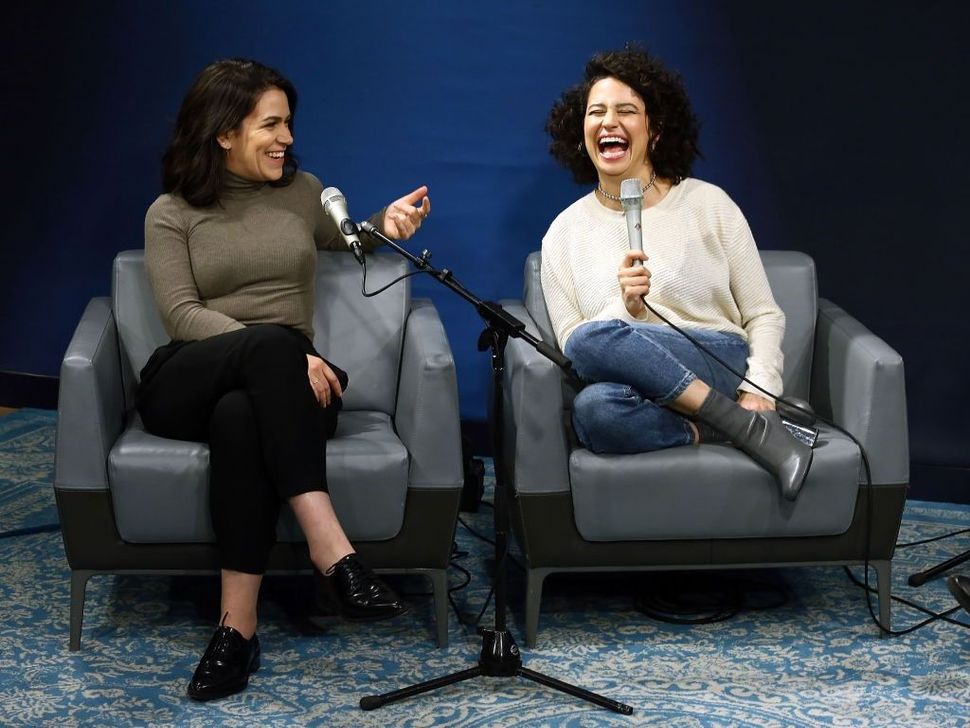 If you love someone, set them free. If they come back, you know their yours.

It’s not just something I’ve heard a surprising number of men say about trades in sports; it’s also the mantra we’ll be repeating to ourselves in those cold winter nights in 2020, when Comedy Central’s “Broad City” is no more. The groundbreaking female stoner comedy series has been picked up for a fifth and final season, which will air in 2019.

We are pretending we’re okay with this, but we are far from okay.

But there’s light at the end of the pipe of dirty bong water yet! Comedy Central is striking a deal that will keep the show’s creators and stars Abbi Jacobson and Ilana Glazer working for the network after their series ends, either creating or starring in three new projects. Daniel Holloway reported in Variety:

As part of the first-look deal, Comedy Central is putting three new series into development. Two, “Mall Town USA” with writer-creator Gabe Liedman [and] “Young Professionals” with writer David Litt, executive produced by Glazer and Jacobson; and a third, “Platinum Status,” written by Glazer’s brother Eliot and exec produced by Glazer with Principato Young and Electric Avenue’s Will Arnett and Marc Forman.

Let us translate that for all you non-showbiz types out there — a lot of really Jew-y stuff is about to happen.

Baruch hashem. Or as Ilana would say: