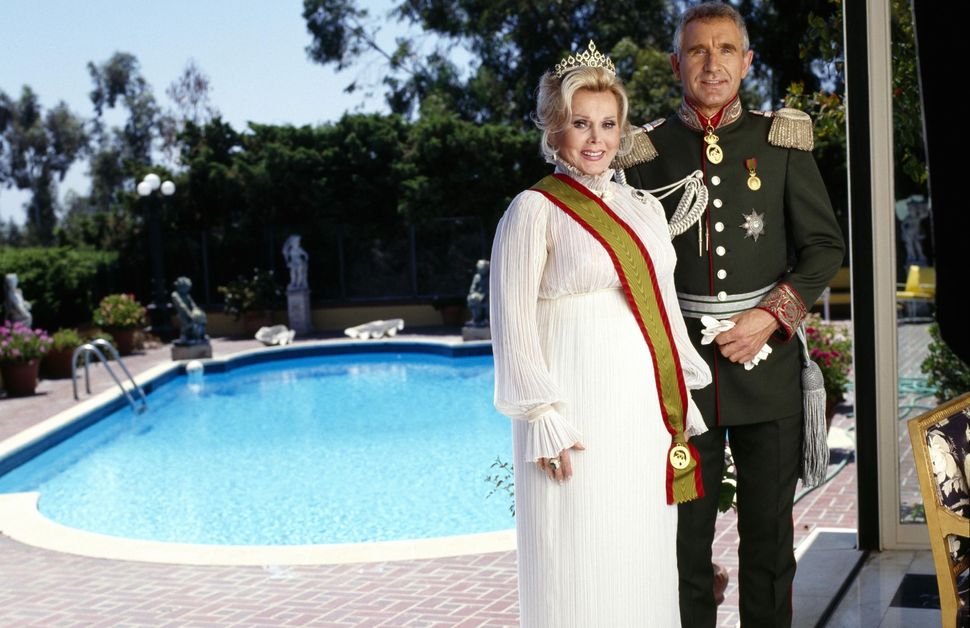 Zsa Zsa and her Prince. Image by Getty Images

These days, when every celebrity is having every other celebrity’s babies and popping in and out of rehab, really make you nostalgic for the classy glamor of old Hollywood. In other news, Zsa Zsa Gabor’s ninth husband, a prince who allegedly bought his way into royalty via adult adoption following managing a gay German sauna, is auctioning off most of the deceased film star’s possessions this weekend.

Prince Frederic von Anhalt (frankly any time you spend today not reading about his life is a waste of time) married Jewish (that’s right) starlet Zsa Zsa Gabor in 1986, when he was 43 and she was 69. Remarkably, though it marked a 7th and a 9th marriage for Anhalt and Gabor respectively, they remained married until her death in 2016, at 99. Anhalt is Gabor’s heir, and on Saturday he will auction off many of her possessions, all of which are on view at her Bel Air home until Friday evening.

The dusty glamor of [Gabor’s belongings is exactly what one would hope. Included in the list of items going to auction is “A Large and Impressive English Regency-Style Silver-Plated Roast Meat Trolley Carving Station” is currently up for bidding at $4,200. The gilt-covered Steinway grand piano that dates to Gabor’s marriage to actor George Sanders, is now at the fairly reasonable price of $12,000. And should cut-crystal chandeliers and monogramed Louis Vuitton be unable to tempt you, there are many, many available portraits of Ms. Gabor herself.