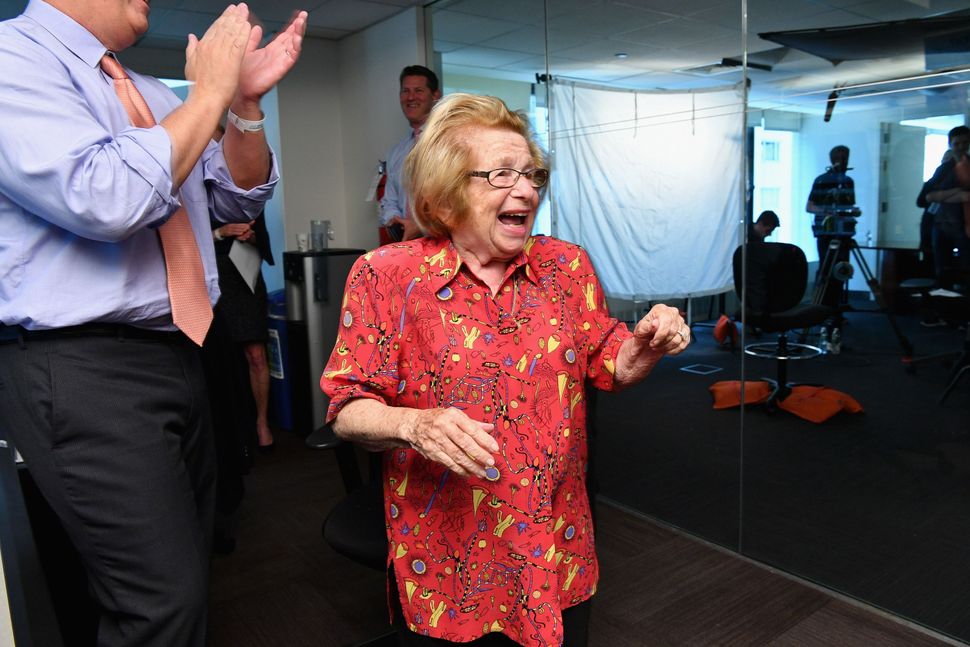 There’s a lot that people don’t know about sex therapist and sexual evangelist Doctor Ruth Westheimer. The 4’7” Holocaust survivor was a sniper in Israel’s 1948 War of Independence. She maintains one of the best Twitters in existence. She is quadrilingual. And one of her early jobs was as a researcher at Planned Parenthood.

So it is surprising that Wendy Vitter, the Trump nominee for a lifelong term on the U.S. District Court for the Eastern District of Louisiana, deflected questions during her congressional hearing by reminiscing about her use of a Dr. Ruth quote.

Vitter was asked by California Senator Kamala Harris whether a quote she cited at an appearance in 2010 would apply to her belief that life begins at conception. “In a 2010 speech,” said Harris, “You asked the audience to be ‘turtles’ and ‘stick out’ their necks and ‘fight for the things that matter…as a judge are you suggesting you would stick out your neck and fight for pro-life cases?” Vitter ignored the question and chuckled to Harris “that’s a well known commencement speech and I forgot who said it — I think that might be Dr. Ruth Westheimer who said that!”

Planned Parenthood says they promote women’s health. It is the saddest of ironies that they kill over 150,000 females a year.

Vitter, who famously mocked Hillary Clinton for forgiving her husband’s sex scandal and was later revealed to have forgiven her own husband’s solicitation of a prostitute, should know by now how to use the word “irony.” For example, isn’t it ironic to use a progressive sex therapist and former Planned Parenthood employee’s quote to promote anti-choice views? Don’t you think?

You can watch Wendy Vitter chuckle about Dr. Ruth and refuse to state that she agrees with the Brown V Board of Education decision here: