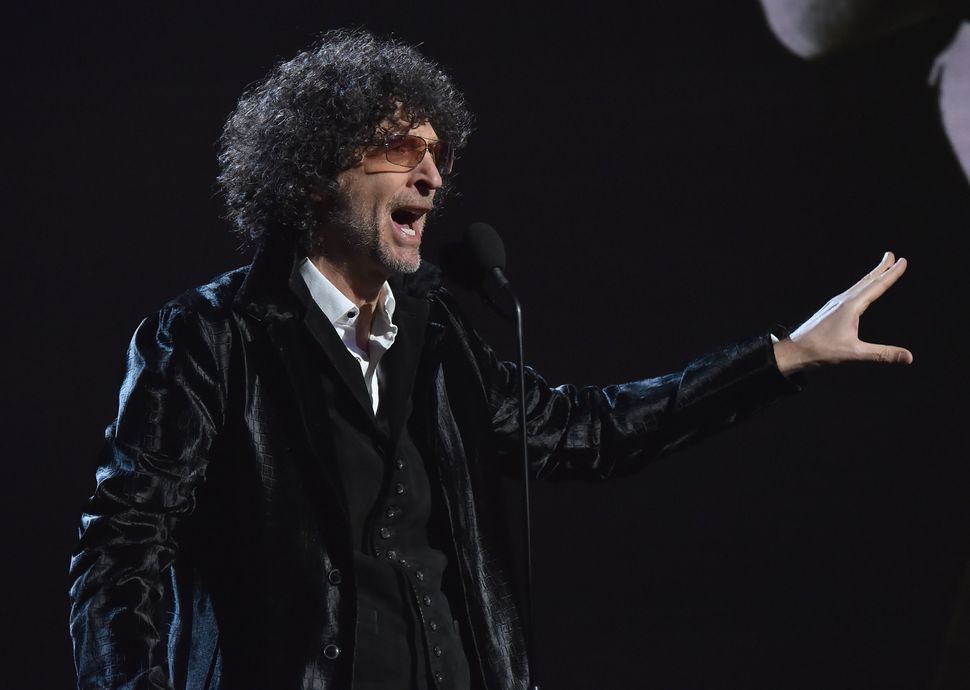 Loyal readers of The Schmooze know that I, a low ranking blogger born in the 1990s, feel that I was placed on this earth by God for one purpose: to find and destroy Howard Stern. But I will allow a brief detente in the one-way war of words between the mangled bag of aging irrelevancy that is Stern and myself, to celebrate the excellent speech Stern gave over the weekend, inducting Bon Jovi into the Rock and Roll Hall of Fame.

The band Bon Jovi has sold more albums than there are individual sperm in the average ejaculation. We know that now only because Howard Stern sat down and did the calculations. “Bon Jovi beat sperm, ladies and gentlemen!” Stern shouted, in his increasingly enthusiastic speech. “Let me tell you something,” he continued. “Leonard Cohen used to sit at home beating off at night thinking about selling 3 million albums, let alone 130 million.” It is truly challenging to know how to respond to this sexual insult to a deceased, beloved Jewish icon.

“The King of All Media,” as Stern was described by the announcer (not a great compliment at this point,) spoke for 13 minutes, sometimes about penises, sometimes about Jann Wenner, the co-founder of Rolling Stone Magazine (“Now it’s the size of a pamphlet — I read it in about 30 seconds back stage”) and also of the Rock and Roll Hall of Fame. Bon Jovi has famously been excluded from the Hall of Fame for years; Stern heralded their triumph, calling the band members “humble and gracious” throughout the years and noting which ones are particularly well endowed.

After putting his own spin on an a capella version of a few verses of “Wanted Dead Or Alive,” Stern screamed, “Eat s—-, Bob Dylan! F—- you! That’s music!”

As Jews, it is our birthright to scream that phrase from time to time, and Dylan-lover though we are over here at The Schmooze, this was still a welcome outburst.