“Report It”: Aly Raisman Addressing College Students On Sexual Assault Is A Revelation 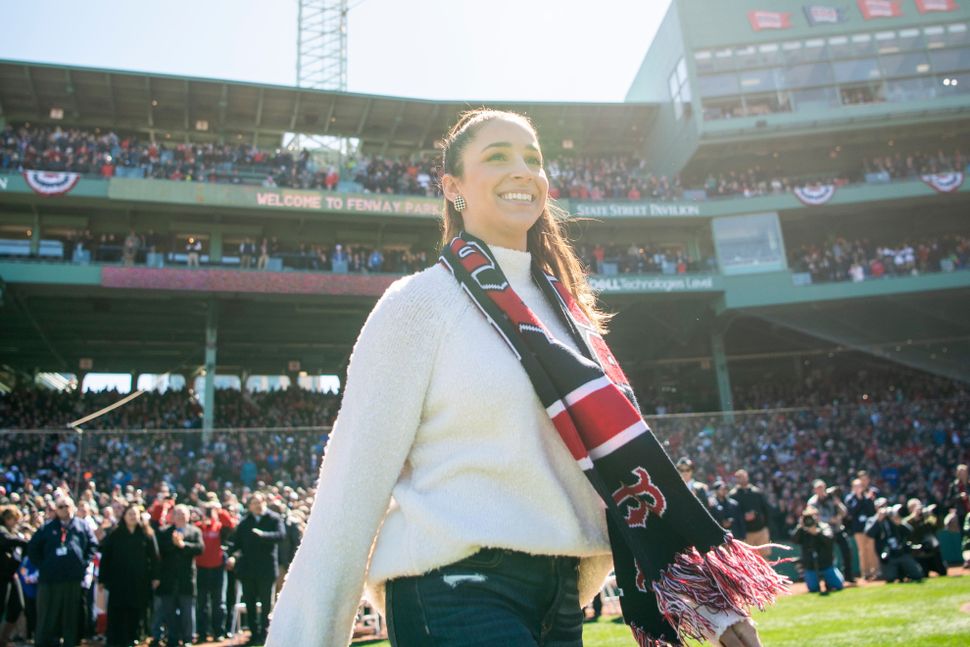 Raisman at a Red Socks game. Image by Getty Images

There is no reason that Aly Raisman, who has spoken so personally about her experiences with convicted child sex abuser Larry Nasser, should also be a tremendous activist and teacher on the topic of sexual assault and harassment. But then again, there was no reason that Aly Raisman should have been able to perfectly execute arabian doublefront into a layout. She just can. She says these things aren’t easy — she can do them because she works hard.

On Wednesday night Raisman, 23, spoke before an audience mostly made of Missouri University college students and faculty about her athletic accomplishments and her dauntless efforts to educate and prevent sexual assault. Her plainspoken honesty and intelligence were particularly effective before an audience of her peers, a group Raisman, a role model to people in so many age brackets, rarely encounters en masse. Here are a few of the brilliant things she said:

On Being A Survivor And An Activist:

“Nobody wants to be known for this. It’s exhausting. I could be doing something else right now, but instead I’m reliving my trauma every single time I talk about it, as is everyone else coming forward with their story.”

On Being Accountable To One Another:

“I feel strongly that the change starts with each and every single one of you. I think men and women should be equal and protect each other. If you see anything suspicious, report it. I know you guys see things all the time.”

“There’s a lot of pressure on men and boys to act tough and not ask for help…ask for help. It’s OK.”

“If you don’t know what the #MeToo movement is, you should figure that out.”

“Report It”: Aly Raisman Addressing College Students On Sexual Assault Is A Revelation