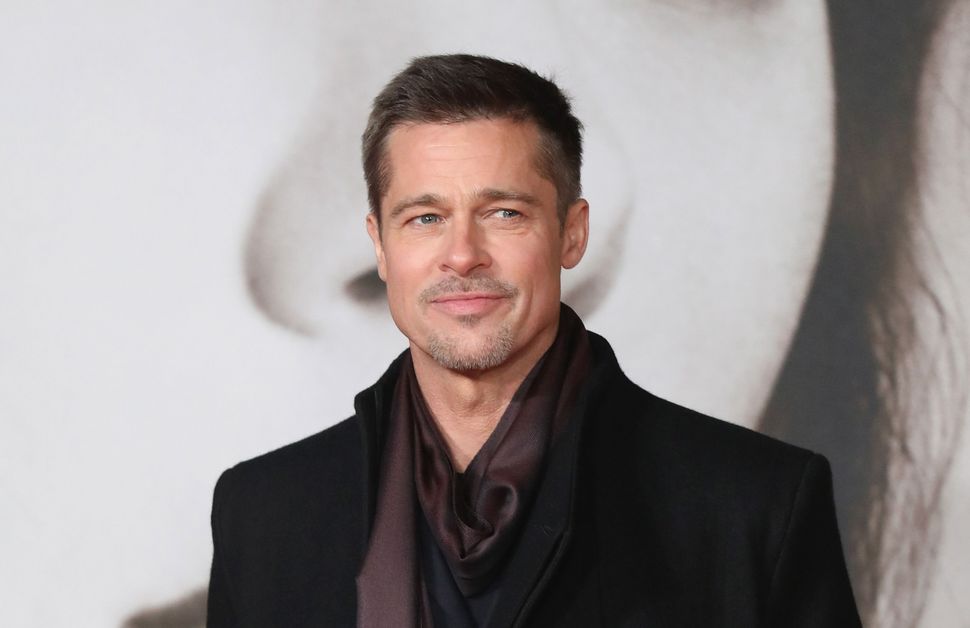 It was late April 2018, and the soul of the people of Israel was stretched to the breaking point. Actress Natalie Portman, long thought of by Jews as God’s emissary here on earth, was taking a vague and confusing stance on Israel that was probably well intended but felt like the snuffing out of 1,000 neir tamids. Across the world, a lawyer who was such a shanda for the goyim that he made Madoff look like a Hadassah vounteer, dominated headlines.

And then, as Victorian poet Gerard Manley Hopkins would probably say if he had been following the Jewish narrative, “Across my foundering deck shone A beacon / an eternal beam.”

The beacon is the news that film star Brad Pitt is dating an Israeli academic and designer named Neri Oxman.

As it has been said since time immemorial, one who has loved Angelina Jolie simply can never love again unless one is able to access an Israeli MIT professor and renowned genius with works in the MOMA and the looks of a model.

Brad Pitt is a true A-list star and has been the gold standard in Hollywood elite for years. He is a great actor and has been considered at times one of the most handsome men in the world. “List of awards and nominations received by Brad Pitt” is its own Wikipedia page, and Pitt has been married to Jennifer Aniston and Angelina Jolie, and engaged to Gwyneth Paltrow.

So the only question is — can Pitt even hold a candle to Neri Oxman?

Pitt was first linked to Oxman in early April, when the two “collaborate[d] on an architectural project he was working on,” according to Page Six.

Oxman is a 42 year-old Haifa native who studied at Israel’s Technion and completed her Phd in architecture at MIT. According to her bio, she “coined the term, and pioneered the field of, Material Ecology, which considers computation, fabrication, and the material itself as inseparable dimensions of design. In this approach, products and buildings are biologically informed and digitally engineered by, with and for, nature.”

Frankly, I am fully literate in English and I did not understand one word of what Neri Oxman has accomplished. What you need to know is that she is the professor of everything, her work is on permanent display in the MOMA, and she looks like Audrey Hepburn if Audrey Hepburn had grown up in Israel.

Page Six originally reported that Oxman and Pitt were just “friends,” but other publications have gone on to report that the two are happily dating. “They continue to talk on the phone several times a day and are very infatuated with each other,” an anonymous source told US Weekly. People Magazine went so far as to say that Oxman could be “his Amal Clooney,” an extremely rude but nevertheless complimentary remark that suggests that Pitt and Oxman’s relationship mirrors film star George Clooney’s relationship with the immensely successful barrister Amal Clooney, who, like Oxman, hails from the Middle East.

Let Amal Clooney and Neri Oxman be their own separate fabulous entities!

What to make of this “trend” (two examples) of A-list male actors dating young film stars and models before settling down with wildly accomplished women who look like models but are instead vaguely age-appropriate professionals at the top of their fields? Like most things men do, it seems, at best, like a sideways-step for women in the ‘ole gender equality debate. But for the Jewish people, it is nothing short of thrilling.

Neri Oxman, we are in your debt for the one and only piece of great news this week. How can we thank you?