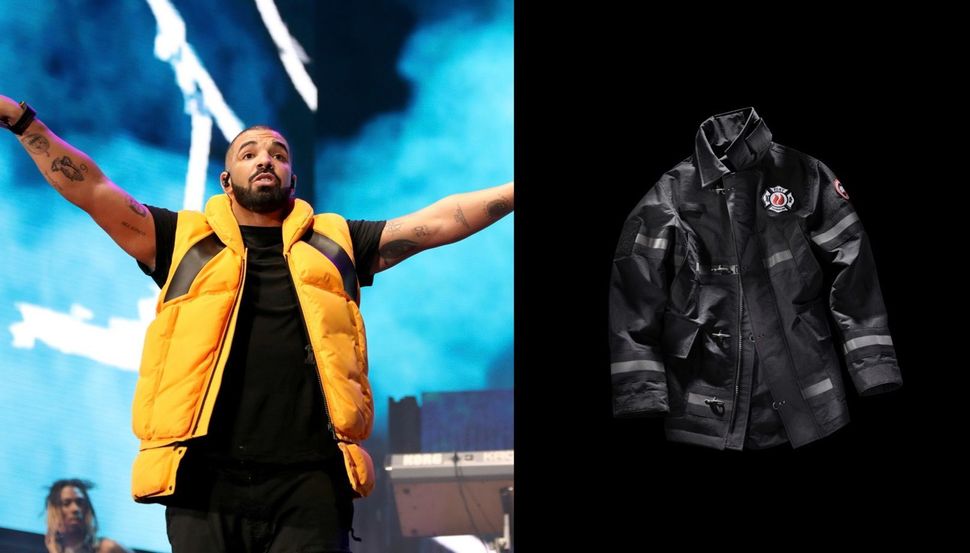 Jackie Martinez was just trying to do a boomerang. Inside the converted firehouse on a sunny yet chilly Friday morning earlier this month, Martinez, an FDNY firefighter, jumped up in front of a poster featuring an image of herself, as her family and friends and fellow firefighters snapped photos and laughed. On the poster, she was wearing Canada Goose’s “The Bravest” coat, which was developed in collaboration with the New York City Fire Department.

Canada Goose, whose CEO, Dani Reiss, is Jewish, launched a flagship store in SoHo back in November. To celebrate both the flagship and the city that welcomed them, Canada Goose decided to create a coat in collaboration with one of New York City’s finest: the FDNY.

There are over 10,500 firefighters in the FDNY. We believe in the important work of the FDNY Foundation, a non-profit organization committed to local fire and safety initiatives in the five boroughs. Together, we created The Bravest Coat to give back to the community of New York. #CGxTheBravest… Discover more about Canada Goose x @fdnyfoundation via link in bio and explore more about The Bravest Coat in our Instagram Stories.

The coat in question is a wind-wear jacket inspired by the traditional firefighter uniform worn by the FDNY, representing five different local firehouses. The coat also comes with special patches selected by the FDNY Foundation and designed by the men and women who work there.

“The Bravest” coat is unique in the world of apparel collaborations, mostly because the collaboration is uniquely philanthropic: all of the proceeds going to support the FDNY Foundation, which provides fire safety education for the public, training programs for firefighters and equipment for firehouses. “It’s all about giving back to the people who protect the people of the city of New York,” explained Lee Turlington, Canada Goose’s Chief Product Officer. “And that’s really at the core of this project.”

Collaborations are a popular vehicle for companies to find new customers for their products. Canada Goose, for its part, is no stranger to the benefits of collaboration, having previously partnered with OVO (Drake’s company), Concepts, and Vetements. Despite the charitable tone of the whole endeavor, this FDNY collaboration is no different. By positioning itself as the go-to brand for heroic people like New York City firefighters, brand awareness will increase, which translates to sales.

“FDNY has a global presence,” said Turlington. “The fire department in New York has a global reach. It’s not a brand, it’s people. It all comes down to fact that there was passion inside our team and with the team that worked in New York to connect with — New York’s bravest.”

“The Bravest Coat” is available for purchase for $695 at Canada Goose retail locations in New York City, Toronto, London and Tokyo and on CanadaGoose.com.