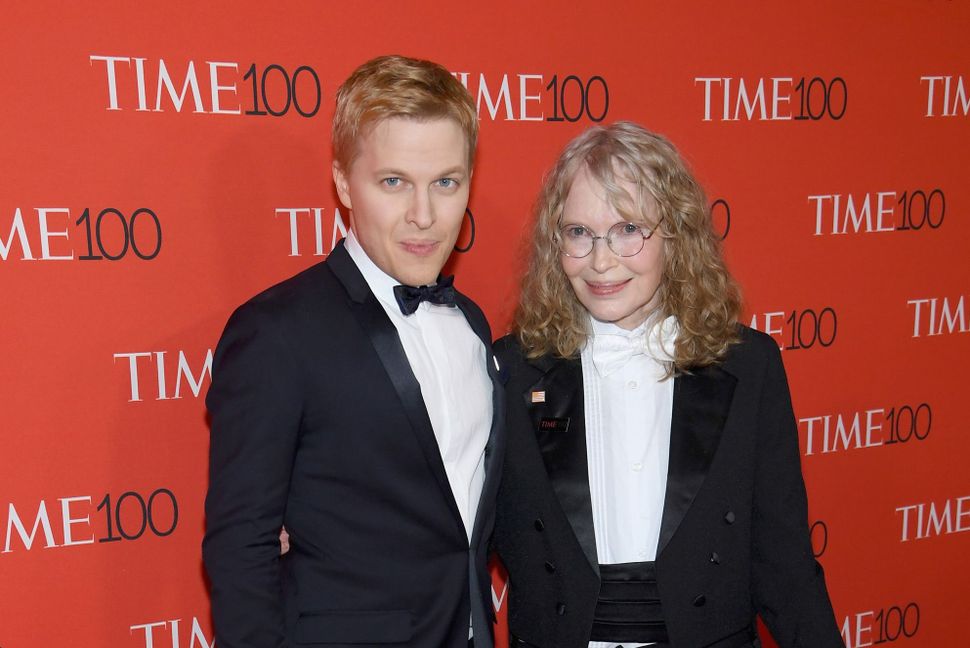 At the Time 100 Gala on Tuesday night, Ronan Farrow was honored for reporting that helped uncover the Harvey Weinstein allegations and helped launch the social and political movement, #MeToo. At the event the writer’s mother, actress Mia Farrow, gave a rare comment about her daughter Dylan Farrow’s accusations that her father (and Mia Farrow’s former partner) Woody Allen sexually abused her as a child.

She’s spoken her piece, and eloquently so,” Farrow told Vanity Fair of daughter Dylan at the Time gala. “She was so brave to do that. And I didn’t really want her to.” Famously, Mia Farrow and Woody Allen endured a lengthy legal battle over the custody of their children and the allegations of sexual abuse against Allen. At one point, Farrow was accused of coaching her daughter on the Allen claims, though the doctor who made the accusation was later said to have lied in his sworn statement.

“I just wanted it all to go away,” Farrow said of her daughter’s allegations against Allen, which became known to the public in the 90’s and which Dylan Farrow first acknowledged publicly in 2014. “I did not want to resurrect — it was a horrible chapter for all of us,” she told Vanity Fair. “But I also understood and respected that she needed to do that and she wanted to be part of the Me Too movement and have her voice heard,” Farrow added, referencing her daughter’s decision to pen a 2017 op-ed asking why Allen’s alleged crimes had not made him one of the many targets of the #MeToo movement.

Farrow celebrated her son’s success and her daughter’s bravery. “I’m so proud of him and of every woman who came forward at that difficult time,” she said. The women who came forward, she acknowledged, “risked so much.” And as for Dylan Farrow?