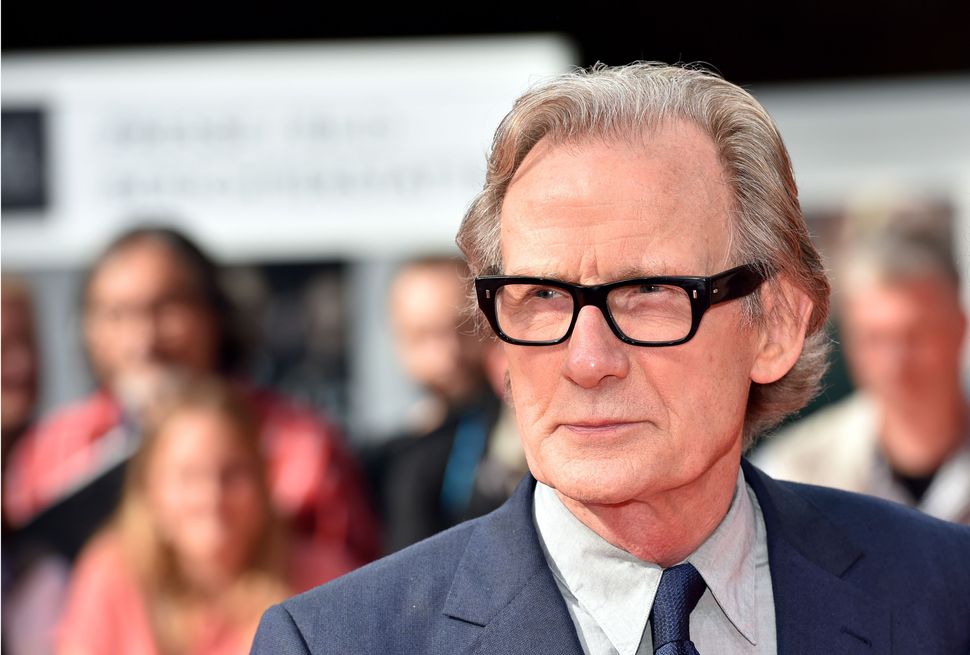 It’s a well-known saying that the mark of a truly great person is having a story about encountering the British actor Bill Nighy. Okay, maybe not, but both Rachel Weisz and I have one such story, so the saying can’t be far behind.

Here’s Weisz’s, according to Jenny Singer’s report on a recent talk she gave at the 92nd street Y: She starred as Nighy’s romantic opposite in the movie “Page Eight.” In the film, they kiss. The experience was “rather extraordinary,” she said, because she’d been a fan ever since she was 15, when she “saw him play King Lear at the National Theatre in London.”

Here’s mine: Late one evening in 2016 , I saw him enjoying a dinner at the Wolseley, a ritzy restaurant in London. He had a book; I don’t know which one. We briefly made eye contact. The moment was also rather extraordinary.

Read on for this week’s movie news for more breathtaking recaps of celebrity encounters, and some high-quality film coverage to boot.

As already mentioned, in the lead-up to the release of “Disobedience,” a much-anticipated film about two women’s forbidden love in the Orthodox community Weisz spoke to Annette Insdorf at the 92nd Street Y. The Forward’s Jenny Singer reports that the two discussed the relationship between Weisz’s Jewish identity and her personal life, as well as Weisz’ preference for “moral contradiction” in the characters she plays. She also talked about her experiences with Dustin Hoffman, and, yes, Bill Nighy.

Olivier Assayas’ coming-of-age film “Cold Water” (1994) has finally received its American release; the film opened this April in New York and Los Angeles. The Forward’s Daniel Witkin spoke to Assayas about the director’s own difficult coming-of-age in France — Assayas was raised Catholic, learned Hungarian before French, and did not discover that his father was Jewish until he was a teenager.

As Witkin writes, the two also discussed the epic and lengthy party scene in “Cold Water”, during which, Witkin says, “the protagonist and all the boys and girls of his age convene in a dilapidated country mansion to hook up, do drugs, and listen to records, eventually reveling around a colossal bonfire in a state of Dionysian release.”

Witkin examined “Le Corbeau” (or “The Raven”), a 1943 thriller that, he writes, “earned its director, Henri-Georges Clouzot, a lifetime ban from filmmaking.” According to Witkin, the film was made “at the height of the Nazi occupation” by a German-owned production company run by Joseph Goebbels called Continental Films.

Witkin argues that, despite Clouzot’s suspect involvement with Continental, the story of “Le Corbeau”, that of a town fixated on finding the author of poison pen letters, serves as a powerful allegory for a historical moment when “neighbors would anonymously write to the Gestapo accusing each other of being Jews, communists, or members of some other persecuted or subversive group.”

4) Conflict continued over whether Natalie Portman made a “big mistake”

Considering you’re reading the Forward, you’ve probably read something about the controversy surrounding Natalie Portman’s refusal to travel to Israel to accept the Genesis Prize. Nevertheless: Looking for another Portman take? We’ve got one. The Forward’s Seth Rogovoy argued that, by refusing to travel to Israel, Portman “misse(d) a great opportunity to express directly her opposition to Israeli government policies (which I totally share) in the land of her birth and expose(d) herself as at best a naïve, stumbling activist or at worst an utter hypocrite.”