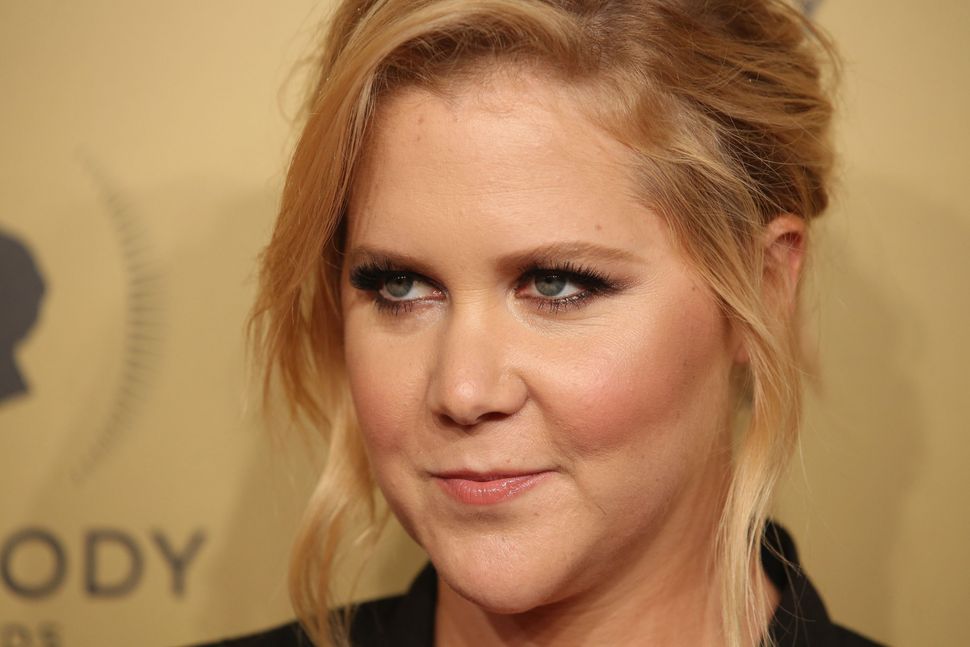 “It happens to all women.”

That’s comedian Amy Schumer’s message about sexual assault, something she has experienced several times, she told Oprah Winfrey. Schumer, newly married and currently promoting her movie “I Feel Pretty,” has a rare ability to navigate the personal, the political, and the comic. On an episode of SuperSoul Conversations through Winfrey’s television network, Schumer spoke candidly about a former relationship in which she endured physical and emotional abuse from her partner. He would hurt her “by accident,” she told Winfrey, violent episodes that live in the forefront of her memory today. She remembers running from him “as if it was an hour ago,” and said she had to physically escape “because I was afraid for my life.”

Recalling these horrific episodes, Schumer told Winfrey that she would think to herself, “I’m not this woman, who is this woman? This can’t be me.” But ultimately, Schumer tried to convey, she realized, “there is no kind of woman. It happens to all woman.”

In painful detail, Schumer spoke to Winfrey about her experience having sex for the first time.

“I, personally, feel like I lost my virginity through rape,” Schumer said. The performer says she was asleep when her boyfriend began to forcibly have sex with her. It’s a traumatic event Schumer has used since her early days of stand-up comedy, describing being raped in her sleep in her sets. She says in doing this she is “trying to make people laugh while they learned.”

“He was the only person who could ever possibly love me.” Schumer said it was this thought about her abusive boyfriend stopped her from leaving him. For all the legitimate criticism of her new movie “I Feel Pretty,” it strikes me that Schumer really was trying to do battle with this sentiment in the movie. Men, Schumer wisely warns, or really any exterior force, are not capable of judiciously wielding the power to tell people when they can and cannot feel “pretty.”