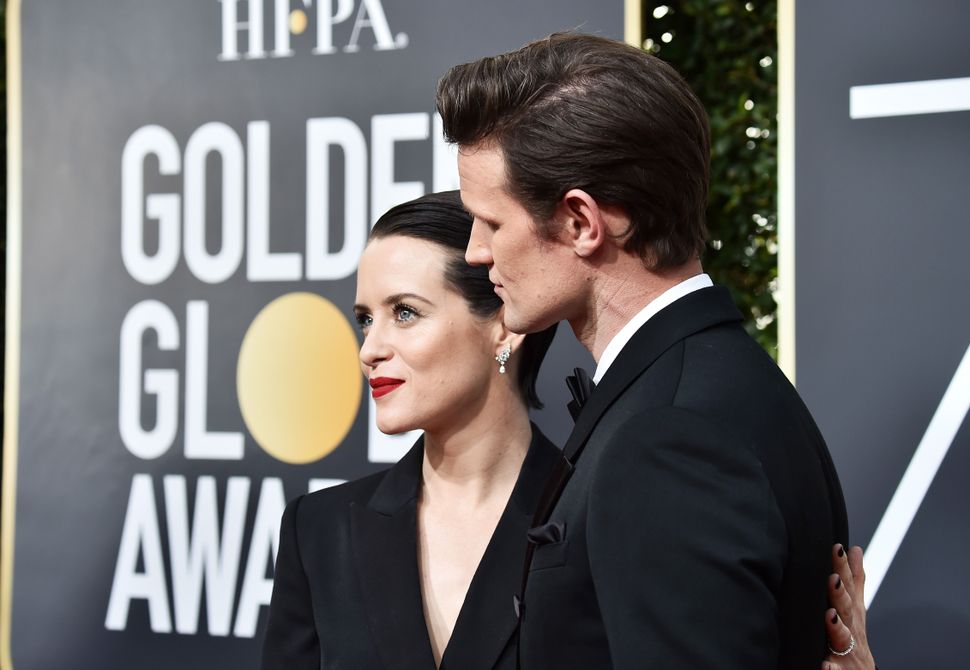 Claire Foy and Matt Smith, staring into the future Image by Getty Images

On the wildly popular television show “The Crown,” Claire Foy portrays Queen Elizabeth II. Matt Smith plays her husband, Prince Philip. The titular “crown” refers to the one worn on Claire Foy’s head. And yet, Claire Foy makes less money per episode than Matt Smith. Put that in your pipe and smoke it and get high on dreams of equality. And then make those dreams happen, as Claire Foy did. It was announced today that Foy will be paid a difference of $275,000 for the wages she lost because of the gap between herself and Smith.

At a conference in Jerusalem back in March, “Crown” producers were asked which lead makes more money, and admitted that the answer is Smith, citing his high profile role in “Doctor Who” compared to Foy’s relative lack of experience. “Going forward, no one gets paid more than the Queen,” a producer announced in response to the question, obviously hoping to head off headlines like this one. The producer did not acknowledge that the show, which was created by Jewish writer Peter Morgan, who also serves as an executive producer, continued to underpay Foy in the second season of the series, even once Foy had won a Golden Globe and a SAG award for her role and blossomed to international stardom while Smith received zero major nominations.

Foy, for her part, has cheerfully shouldered the responsibilities that come with being at the center of a gender pay gap controversy. At a panel in Hollywood on Friday alongside Morgan, Foy said that the episode taught “to feel you can be your own advocate, and you can make a point, and you can say something without it being you being ‘difficult.” She added, “If I don’t speak up and support myself, then no one else can.”