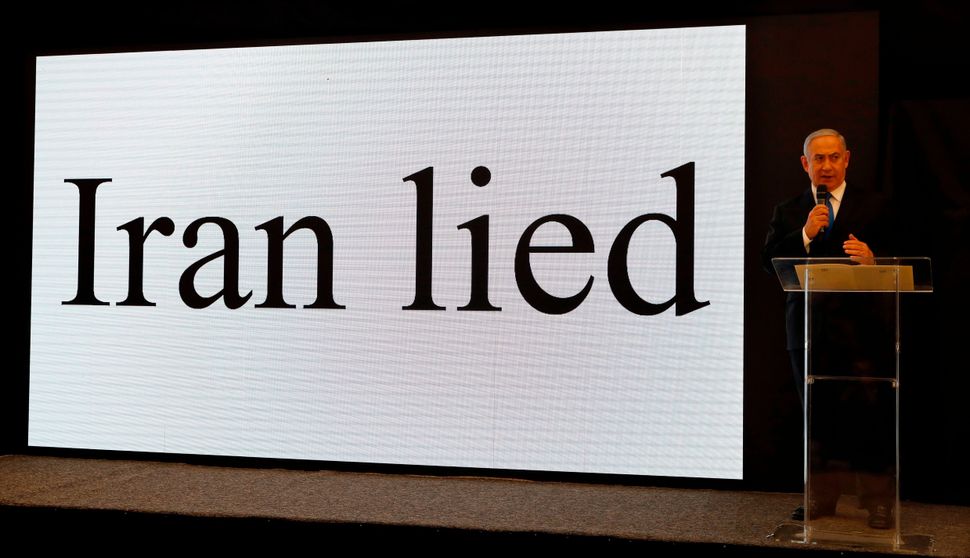 This might be the only time it’s appropriate to use the phrase “asking for it.” Image by Getty Images

One of the most underestimated weapons of 21st century political warfare must be the meme. Laugh (or, more likely, grumble irrelevantly about the decline of human intellect,) but crudely photoshopped image and word combinations really do change social climates and elections. And somehow, in the two times that Benjamin Netanyahu has delivered major speeches about the Iran nuclear deal to the world, he has all but invited that same world to make him into a meme.

Both in Monday’s press conference, in which the Israeli Prime Minister accused Iran of lying about nuclear weapons, and in 2012, when he appealed to the UN to halt Iran’s nuclear program, Netanyahu employed visual aids — a poster, and a powerpoint.

Netanyahu has used props before to make his point. At a speech to the UN in 2012 he drew a red line to stop Iran from developing a nuclear weapon. pic.twitter.com/a7NAYUNVmw

Here he is reaping the inevitable consequences just days later: 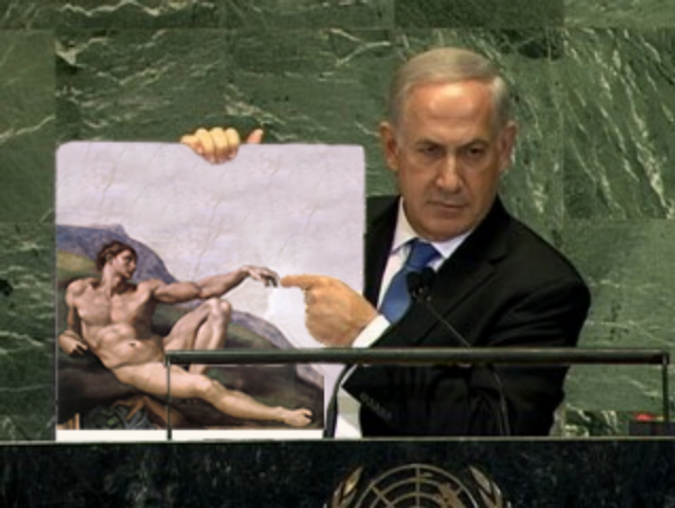 Babe. No! Image by knowyourmeme

American Jews are extremely accustomed to being lectured on security issues by ego-driven Israeli men (yeah, I said it). But there was still something about the foreign leader posing with so much cocksure naïveté in front of Powerpoint slides, disdainfully explaining the finer points of atomic technology while seeming not to understand Photoshop, that warms one’s heart.

Here’s Netanyahu, not learning his lesson:

Here is some of the Internet’s finest work:

Bibi explaining the obvious to those of who are too stupid to get it without a visual:

Netanyahu doth protest too much pic.twitter.com/6GxvQn4hCt

Bibi making a thoughtful point about the preservation of Tolkien’s legacy:

Seriously, this guy is nailing it today. pic.twitter.com/KsrI8spTRa

The peanut butter and jelly of Bibi PowerPoint memes:

Bibi drawing the world’s attention to the fact that Israel is the world’s high-tech capital:

Here’s hoping he uses a tri-fold poster board next time.