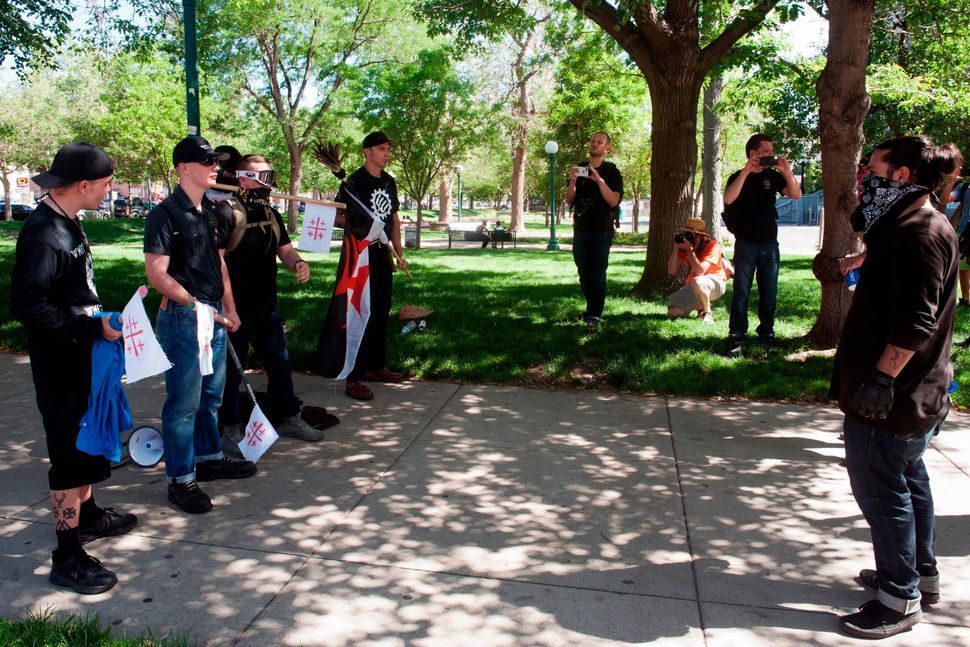 “Proud Boys,” designated as a hate group by the Southern Poverty Law Center, is an alt-right organization made of “proud western chauvinists” that aims to rip apart social norms by acts like ending welfare and giving everyone a gun. Sadly, a man affiliated with Proud Boys who counter-protested at an event for workers’ and immigrants’ rights in Seattle on Tuesday was not even able to tear apart a protest sign. Sad!

Clutching a rainbow anti-fascism sign between his fingerless glove-clad hands, a man who actually proclaimed on the internet that he worked out for two weeks “in preparation” for the protest (“AntiFa: I hope your watching” he captioned a video of himself doing push ups) found himself on camera, failing to rip in half an anti-Fascist sign. Here’s the well-narrated video, posted on YouTube by Nate Gowdy:

“No!” the sign reads in the rainbow design of an LGBT flag, followed by, “In the name of humanity, we REFUSE to accept a fascist America.” It stayed intact though extreme force was applied to it by a strong and tough salt-of-the-earth American. The alt-right protester, identified as college student Luke James Mahler, later claimed that he is not a member of the Proud Boys, though according to DeadSpin, he appears to have attended the counter-protest with that group. Mahler, whose Facebook is a delightful mix of MAGA posts, celebrations of the anniversary of the movie “The Sound of Music,” and confederate flags, was captured in the video by May Day protesters. The soft-fingered alt-righter also added that the sign was made of “polyester,” in defense of himself. In spite of Mahler’s patriotic efforts, it seems, the polymers in the sign are simply Stronger Together.