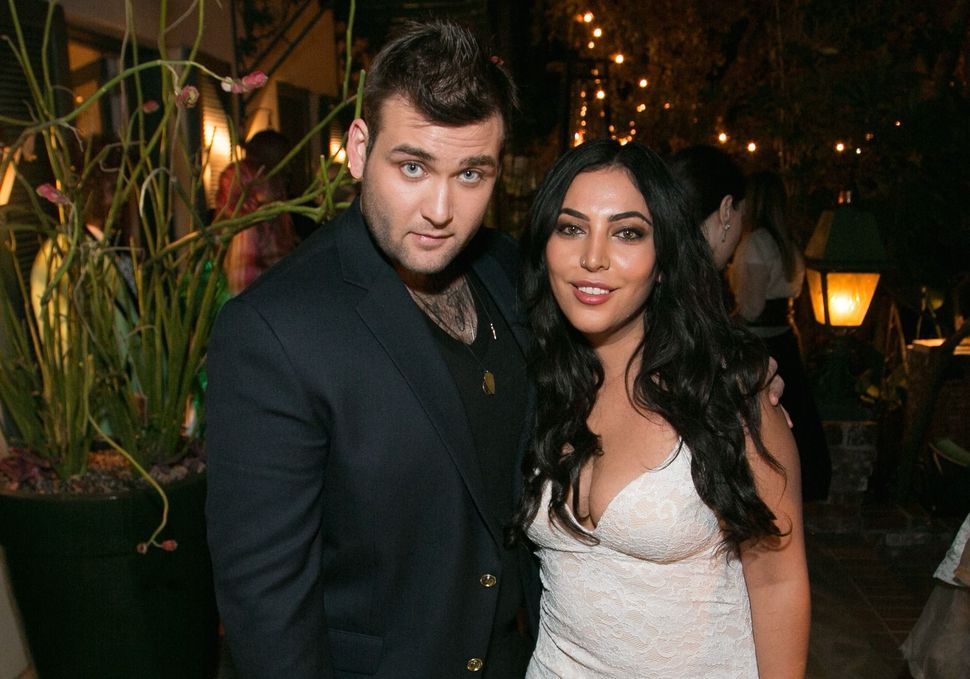 On a golden day in Canyon County, California under a woven chuppa and in front of an aquamarine pool, Weston Cage Coppola married a woman he as at times referred to as a “goddess,” “my one true queen,” and “incarnation of everything I’ve ever desired.”

The groom was Weston Cage Coppola, son of the actor Nic Cage and relative of Francis Ford Coppola, whose sprawling collection of descendants include filmmaker Sofia Coppola and actor Jason Schwartzman. The source of Cage Coppola’s happiness was one Hila Aronian, an entrepreneur and real estate broker who says she is trilingual and hails from a Persian-Jewish background.

Cage Coppola, for whom the union is a third marriage, is an actor who has a troubled past, if not a troubled present. The movie scion was charged with two counts of hit-and-run and a DUI last February. In December of the same year, his ex-wife obtained a restraining order against Cage Coppola as well as full custody of their two children.

The couple wed at a sun-drenched ceremony the Aronian’s relatives’ estate in Canyon County, where guests enjoyed a “hookah bar” and a “cigar bar.”In his vows, Cage Coppola told Aronian, “My soul was programmed to love you before my physical birth.”

Hila my immortal and ultimate soulmate. I am not marrying you because you’re the right one for me. I am marrying you because you are the only one for me. I am proud to be your husband to be and to be known as Ariel. Lion of god. My growl is to protect you l, my bite is to protect you and my heart is your gentle servant. #love #marryingtherightone #judaism #iloveyou #youwonmyheart

The real story, in this journalist’s humble opinion, is that of Rabbi Marc Rubenstein (“Rabbi to the Stars,” as he fashions himself on his website,) who officiated the wedding and apparently performed Cage Coppola’s conversion ceremony ahead of the wedding. Rabbi Rubenstein, whose credentials listed on his website include officiating “Leonard Nimoy’s mother son’s wedding,” does “25 things at weddings that other rabbis might not do.” This, remarkably, includes everything from “Get my hair professionally done for each wedding so that it looks the best it can be” to “Making sure that the ring bearer and flower girl go potty if they are real young, just before the wedding.”