Fox Makes Its Worst Mistake Yet And Cancels Brooklyn 99 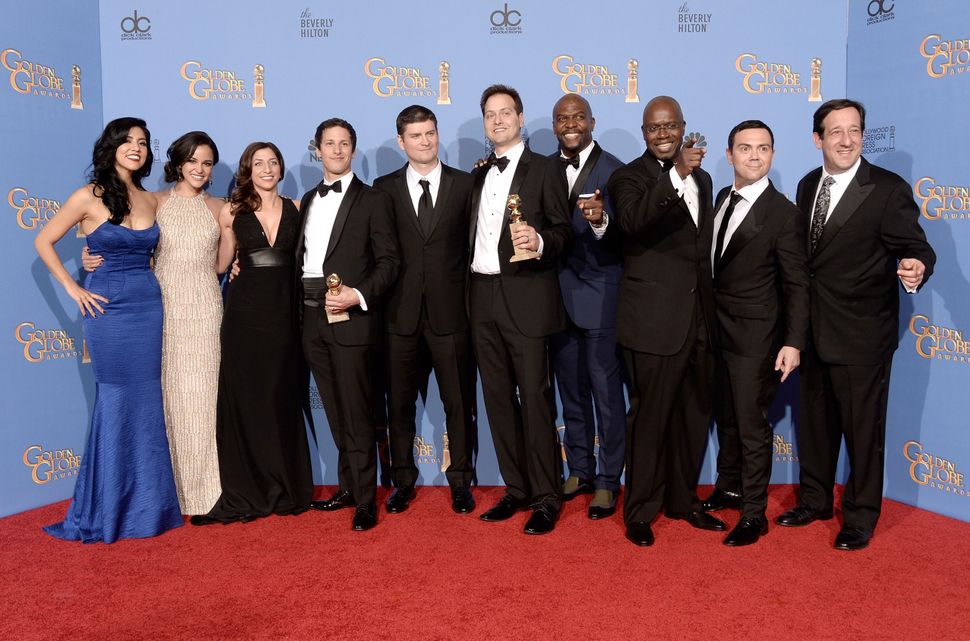 The gang after winning a Golden Globe. Image by Getty

Put on your black mourning frocks, cover all the windows in your house and crack open the doors for seven days because it’s time to sit shiva for Brooklyn 99. The show, which was too good for this bloody, lonely world, has been cancelled by Fox to make way for the return of right-wing Tim Allen’s Last Man Standing.

For five seasons, the most diverse show on television has charmed us senseless, and now it is no more.

From the team of Dan Goor and Michael Schur (the team who brought you the ineffable Parks and Recreation) came the story of goofy screwball and unexpectedly good Detective Jake Peralta, played by the Jewish Andy Samberg, and his co-workers (and friends! Sob!) in the New York Police Department’s 99th Precinct. Giving us two Latina leads, with Rosa and Amy, a brilliant Andre Baugher as Csptain Raymond Holt (with three consecutive Emmy nominations, what more do you want, you FOX bastards?) and Terry Crews (in the best damn shape of his life) and comedy great Chelsea Peretti.

I can safely say that this is the only show in the history of the police ever to handle racial profiling, toxic masculinity, and LGBT representation with the delicate touch of an unappreciated genius, an unfailing sense of humor and a profound sense of what its audience wanted. Those FOX execs are about to feel the wrath of coastal America.

Netflix, Hulu, even Amazon Prime (my God, what has it come to?) it’s time to lift those tired eyes. The 99 squad is now looking for a new home. It’s time to start cutting some checks.

On this tragic day, we’ve learned an important lesson. To quote Captain Holt himself, “Never love anything.”

Fox Makes Its Worst Mistake Yet And Cancels Brooklyn 99