Ivanka Trump Weighs In On Great #Laurel vs. #Yanny Debate 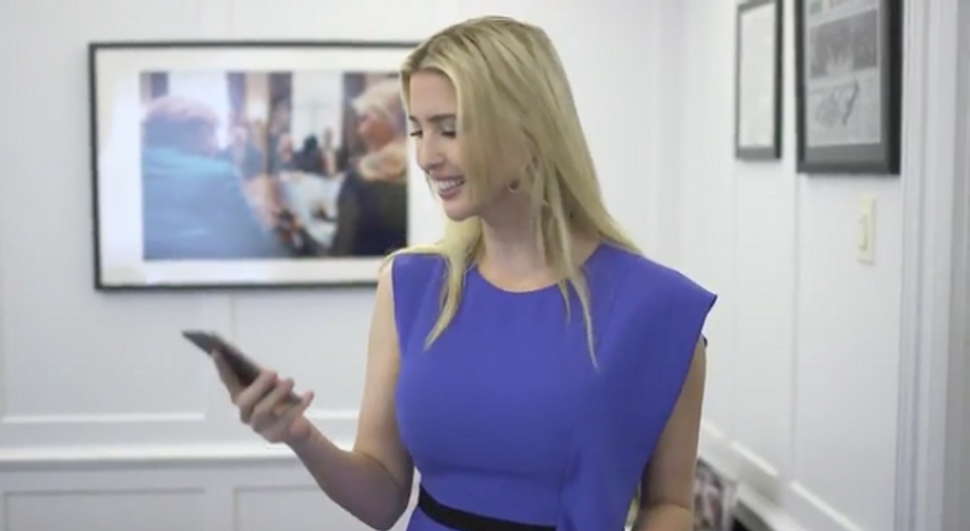 The White House staff joined in on the debate over the Laurel or Yanny video that swept the internet this week. Ivanka Trump kicked off the clip, which was posted by the White House’s official Twitter account Wednesday.

Looking both amused and slightly confused as she listened to the video on a smartphone, she declared with a laugh, “So clearly Laurel.” She then took to Twitter herself, posting “#Laurel.”

The camera panned to several other employees, including advisor Kellyanne Conway, who showed her famed flexibility at following the Trump line. She followed up an unwavering “Laurel” with, “But I could deflect and divert to Yanny if you need me to.”

Vice President Mike Pence asked, “Who’s Yanny?” And in the finale, President Trump, sitting at the Oval Office desk, stated: “I hear covfefe.” That was a reference to a garbled presidential Tweet from last year.

Ivanka Trump Weighs In On Great #Laurel vs. #Yanny Debate