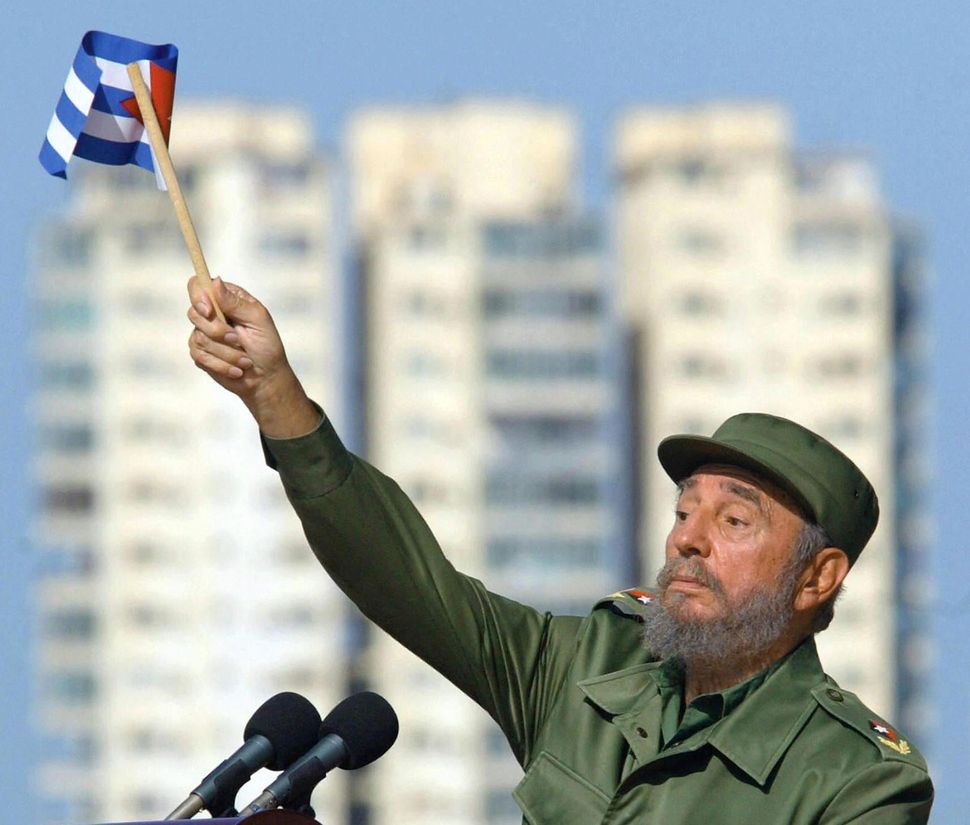 Readers, I have some disturbing news: According to a new book by Bill Niven, “Hitler and Film: The Führer’s Hidden Passion,” the murderous fascist dictator was “delighted” when he received 12 “Walt Disney ‘Mickey Mouse’ films” from Joseph Goebbels, Nazi mniister of propaganda, in 1937. Later, Niven writes that Walt Disney himself entertained Leni Riefenstahl at Disney’s California headquarters shortly after Kristallnacht. If these historical tidbits don’t ruin Disney for you, I truly don’t know what will.

I also have professional news: This is my last week at the Forward, and therefore my last installment of Movie News. Zei gezunt; read on for this week’s movie news.

According to The New York Times, Harvey Weinstein “turned himself in to New York City detectives” on Friday morning, May 25. The Times reports that Weinstein carried three large books into the police station, including “Something Wonderful: Rodgers and Hammerstein’s Broadway Revolution,” by Todd S. Purdum, and “Elia Kazan: A Biography,” by Richard Schickel.

The Times additionally reported that Weinstein was escorted to a courthouse, where his lawyer said he was “ready to present a $1 million cashier’s check to pay Mr. Weinstein’s bail.”

For the Forward, Julia M. Klein wrote about “Nobody’s Girl Friday: The Women Who Ran Hollywood” by J.E. Smyth and “Just the Funny Parts: … And a Few Hard Truths About Sneaking Into the Hollywood Boys’ Club” By Nell Scovell. Smyth’s book paints a surprisingly sunny picture of Hollywood’s treatment of women in the studio system, Klein writes, positing “that the much maligned studio era, rather than being (mainly) a time of enforced servitude and gender inequities, was something of a Golden Age for women’s opportunities.”

Scovell’s memoir is far more frank about the discrimination and harassment she and her peers experienced in the industry.As Klein writes, Scovell’s book “displays the wounds acquired during her attempts to break the proverbial glass ceiling.”

3) Gal Gadot will produce a movie about Fidel Castro

In Haaretz, Nirit Anderman writes that Gadot is collaborating with her husband, Yaron Varsano, “to develop the project for the Hollywood producer Sue Kroll, who worked with Gadot on the blockbuster super-hero [sic] movie ‘Wonder Woman.’” She also writes that Gadot “might star in the new film.”

The project will be based upon Peter Kornbluh’s longform Politico article “‘My Dearest Fidel’: A Journalist’s Secret Liason With Fidel Castro.” In the piece, Kornbluh recounts the story of American ABC correspondent Lisa Howard, who became close with Fidel at the height of the Cold War.

With a fourth season of “Arrested Development” on the way, the show’s stars have been out on the promotional circuit. Jeffrey Tambor’s alleged sexual misconduct while on the cast of “Transparent” — and an incident during the production of “Arrested Development” wherein he allegedly “blew up” at Jessica Walter — has thrown a wrench into those proceedings, one notably visible in a recent New York Times interview with a cast of the show.

Reading the piece is an uncomfortable experience. Author Sopan Deb brought up Tambor’s alleged misconduct, only for much of the cast to defend Tambor’s treatment of Walter, who cried while recalling Tambor’s angry outburst.

Jason Bateman, Tony Hale and David Cross all later apologized. Bateman said he regretted “sounding like” he was excusing Tambor’s actions, while Hale and Cross individually said they “reached out personally” to Walter to apologize.

The man formerly known as “The Fonz” told The Hollywood Reporter’s Michael O’Connell he was worried about auditioning for HBO’s “Barry” because of his age. “When you’re in your 70s,” he said, “young executives need to know that you can talk without assistance and walk without a walker.”

Winkler also told O’Connell that, after his audition, he was unsure if he got the part, but was proud to have made Hader laugh. He recalled thinking, “No matter what happens, I have made this man — a man who I have watched all these years speak in nonsensical Italian and play Stefon on ‘Saturday Night Live’ — laugh.”

Winkler was ultimately cast in “Barry” in a major role, as acting coach Gene Cousineau.