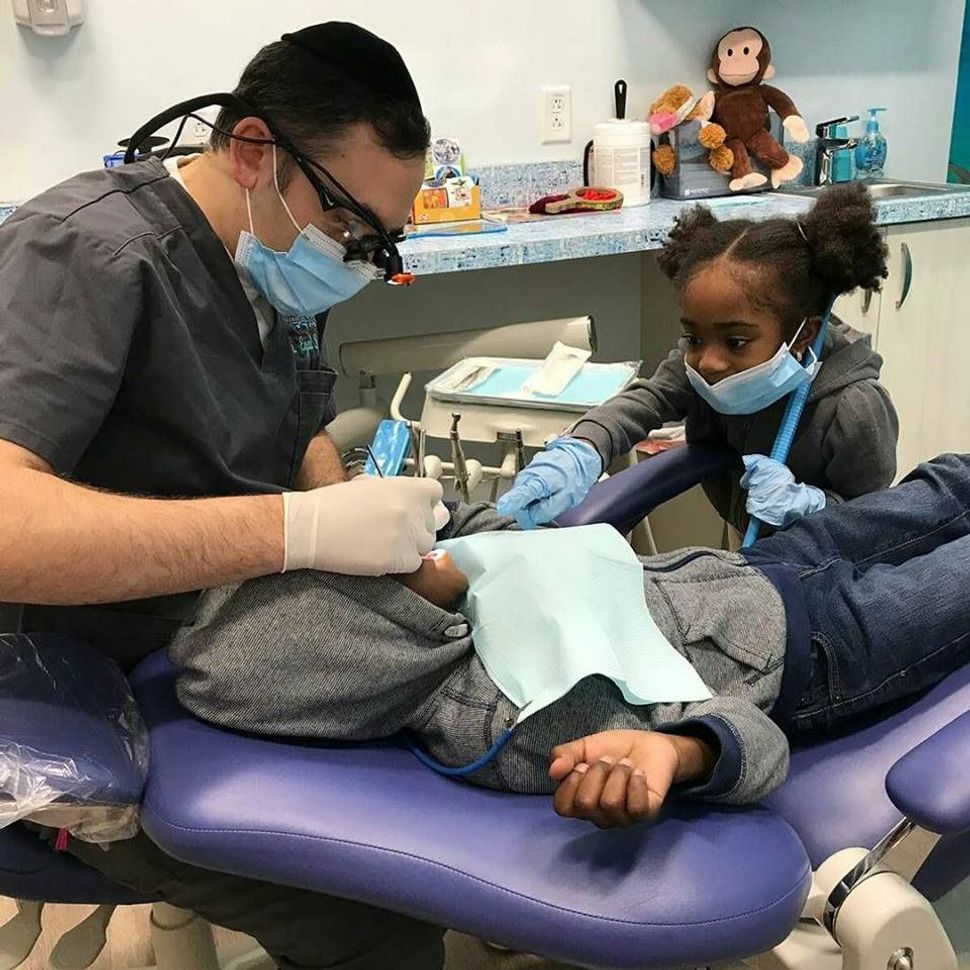 All of us remember being afraid of the dentist when we were younger. Fortunately for his patients, Dr. Eyal Simchi knows just how to make appointments a little more exciting.

Dr. Simchi, who operates in Elmwood Park’s Riverfront Pediatric Dentistry, found himself going viral after he posted a video of himself entertaining a young patient. In it, Simchi delights a wide-eyed two year old boy by flourishing glowing lights and plucking them from behind the little patient’s ear.

Originally posted on Riverfront Pediatric Dentistry’s Facebook page, the minute-long video quickly garnered more than thirty million views, 736 thousand shares, and hundreds of comments filled with heart emojis. The video was posted on Twitter by user @kostka_chris, with the caption “llemme bless y’all with this video”, and has been watched 18.4 million times.

Simchi has been taken aback by the overwhelming response. The New Jersey-based dentist, who specializes in pediatrics, has received interest and praise for his sensitivity for his young patients before; in 2016 the New York Times interviewed him about the use of silver diamine fluoride, a less-painful process used instead of shots and drilling, which could ease parents and children’s apprehension.

When asked about his current viral fame, Dr. Simchi could only laugh. “[I’m] shell-shocked,” he said. “We definitely did not expect it at all. But it’s nice to paint the industry in a positive light.” His practice often gets young patients that have been frightened by bad experiences, and Dr. Simchi prides himself on a warm environment that puts them at ease, including using magic tricks.

When asked about his magic trick, Simchi is willing to share.“I’m a true dentist, not a true magician,” he admits. Simchi used fake thumbs that light up when a discreet button is pressed. But don’t tell that to his patients.