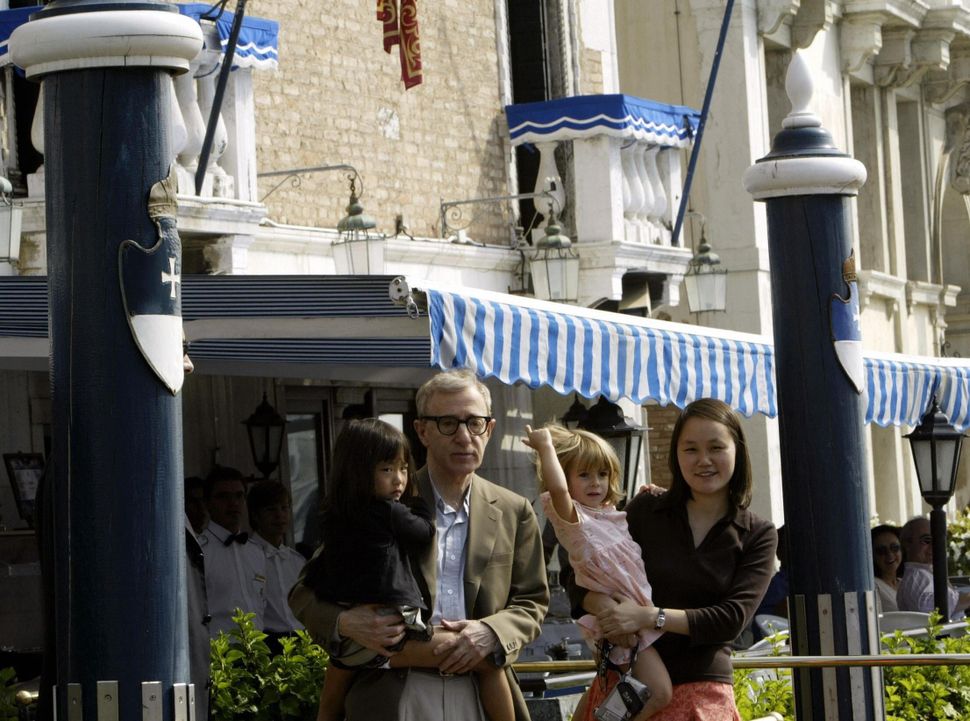 Woody Allen and family in 2003 Image by Getty

Rumors about Woody Allen allegedly molesting his adopted child Dylan Farrow have been swirling for years. Farrow herself publicly confirmed them multiple times. The public refused to condemn Allen and a media detente occurred. Allen continued to win prizes and produce films, in exchange for a few days of bad press every couple of years and a few celebrities disavowing him. Allen’s family was silent on the matter. Until now.

To defend Woody Allen was a media liability few wanted on their hands. But now, on the heels of Moses Farrow’s declared public support of his father, Allen’s teenage daughter Bechet Dumaine Allen took a similar public stance.

On Facebook, she declared “I never wanted to involve myself in the social media debates involving my father, but there comes a point when I realize that I can either continue pretending that none of this is going on, or stand up for him…He has been nothing but supportive and loving, and now it is my turn to support him.”