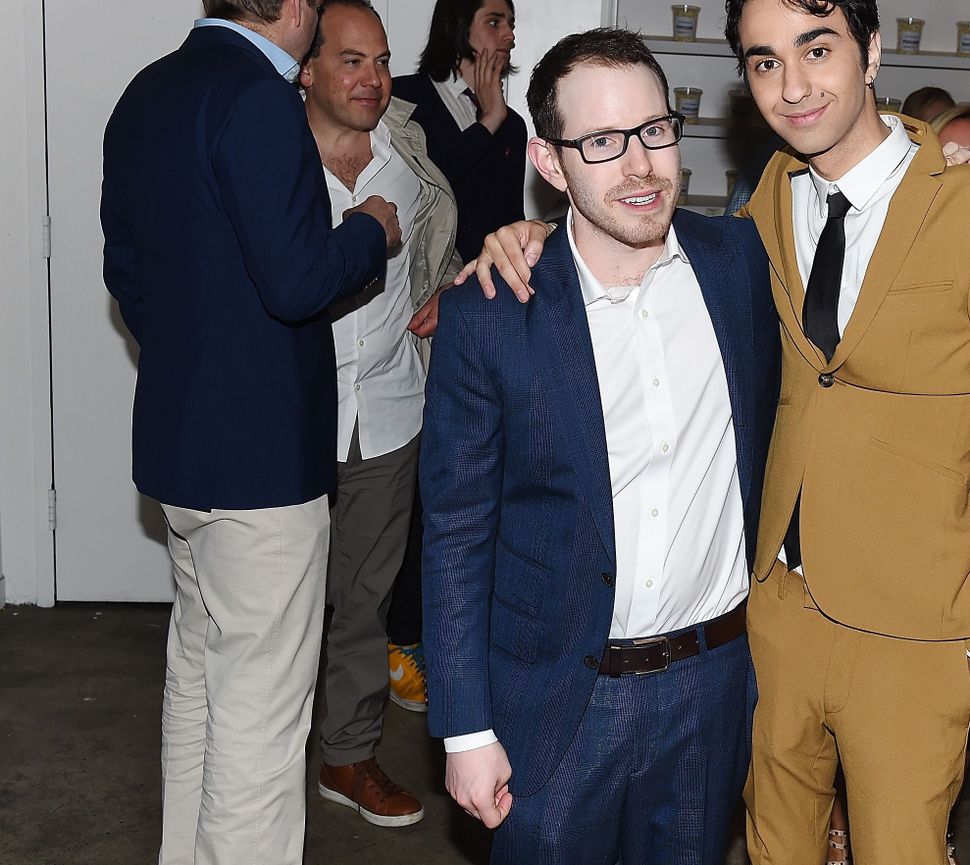 Ari Aster and Alex Wolff on June 5, 2018, at a ‘Hereditary’ afterparty in New York. Image by Nicholas Hunt/Getty Images

Do you like movies? You’re in the right place. Read on for the best, worst and weirdest of this week’s movie news, from new details about Gal Gadot’s second feature turn as Wonder Woman to Tiffany Haddish’s latest celebrity exploits.

Visconti, an idiosyncratic, larger-than-life filmmaker who escaped death at the hands of Mussolini’s government, is currently the subject of a retrospective at the Film Society of Lincoln Center. Visconti, in contrast to our contemporary zeitgeist, wouldn’t have much cared whether or not showings of his work were timely, writes Jackson Arn in the Forward. “His features… often take place in long-vanished epochs and seem indifferent, if not openly hostile, to the supposed virtue of topicality,” Arn writes. “This is particularly true of the films Visconti completed in the last decade of his life — taken together, they’re a kind of middle finger aimed at his critics, with every insult that had been leveled against his earlier work — ‘melodramatic,’ ‘bloated,’ ‘indulgent’ — embraced and raised to the nth degree.”

“Hereditary” has won a host of favorable press, and the Forward’s Jenny Singer wonders if its success is partially due to its particularly gruesome embodiment of Jewish anxiety. “The themes the movie deals with — mother-child relationships, genetic disease, inherited trauma, crushing guilt, dysfunctional families, tragedy, and anxiety — aren’t typical of the genre,” Singer writes. “Jump scares aside — was ‘Hereditary’ written by the reanimated corpse of Phillip Roth and a cabal of his most adoring fans? It’s hard to imagine a more Jewish horror movie.”

Two big items of news from Gadot, this week: The first details of her “Wonder Woman” sequel were revealed — it’s set in the 1980s, to our collective joy — and it was announced that she’ll star in the action-adventure art heist flick “Red Notice” with Dwayne Johnson. Alas for eager Gadot fans; “Wonder Woman 1984” is still a year and a half away from release, and “Red Notice” is currently scheduled for a distant 2020 release.

Bless Tiffany Haddish, whose emergence as a comic force for pop culture good has been one of the few redeeming aspects of 2018. In a new interview, Haddish charmingly elaborated on the exact circumstances in which she would sleep with Leonardo DiCaprio. “‘Yeah, I met him at a party two, three months ago, and I asked him if he’d let me hit that,’ Haddish told The Hollywood Reporter in an interview,” Shira Feder wrote in the Forward. Yet Haddish, per Feder’s summary of the Reporter’s report — phew! — had some demands to make in advance: “‘My only stipulation: I wanna do it with you as your character in What’s Eating Gilbert Grape.’”