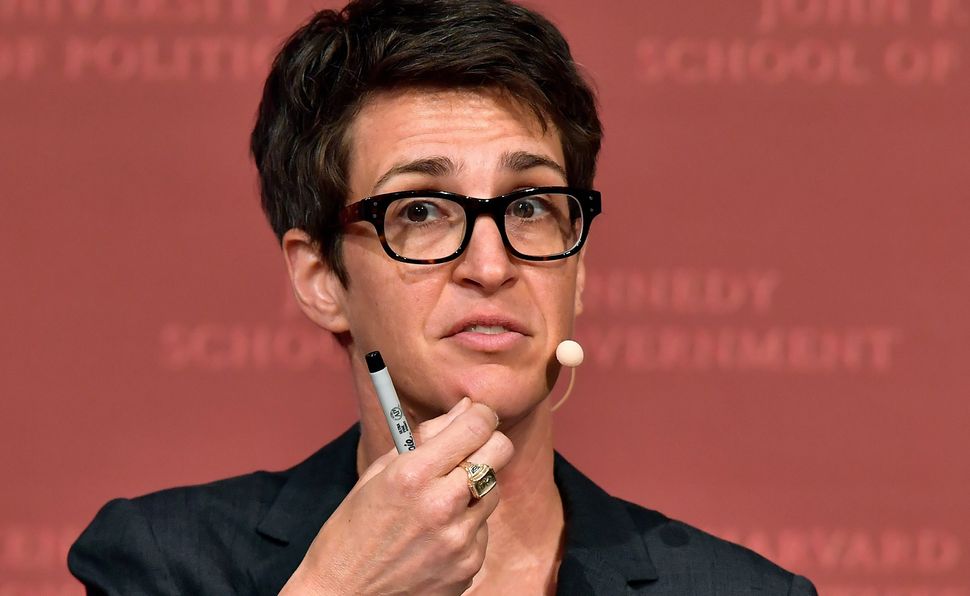 “I literally sobbed during “Queer Eye”!”

The Schmooze isn’t really interested in the commodification of tears (almost always female) as proof of profundity. But the clip that’s making the rounds of Rachel Maddow trying and failing to work through her tears as she reports on “tender age shelters” is worth a watch.

Maddow was attempting to report on facilities where babies and toddlers who have been forcibly taken from their parents are being housed by the US government. The AP reports that the Trump administration has opened three such shelters in Texas near the US-Mexico border. Children at the shelters, say reporters who have spent time inside, are hysterical. They do not know where their parents are.

Rachel Maddow chokes up and cries on air as she struggles to deliver news that migrant babies and toddlers have been sent to “tender age” shelters pic.twitter.com/O6crm8cvyR

Maddow’s public display of emotion is a worthwhile watch because it reifies the crimes against humanity that she is reporting. And because crying is a normal psychic response to emotion and doesn’t make you less of a professional. And because if watching a person you respect cry helps you contextualize the urgency of this issue, you should watch it happen.

And if that doesn’t do it for you, here is seven and a half minutes of children who have been separated from their families weeping in terror and crying for their moms and dads:

And then, once you’re ready, you can find out how to help.