When Mister Rogers, A Presbyterian Minister, Talked About Tikkun Olam 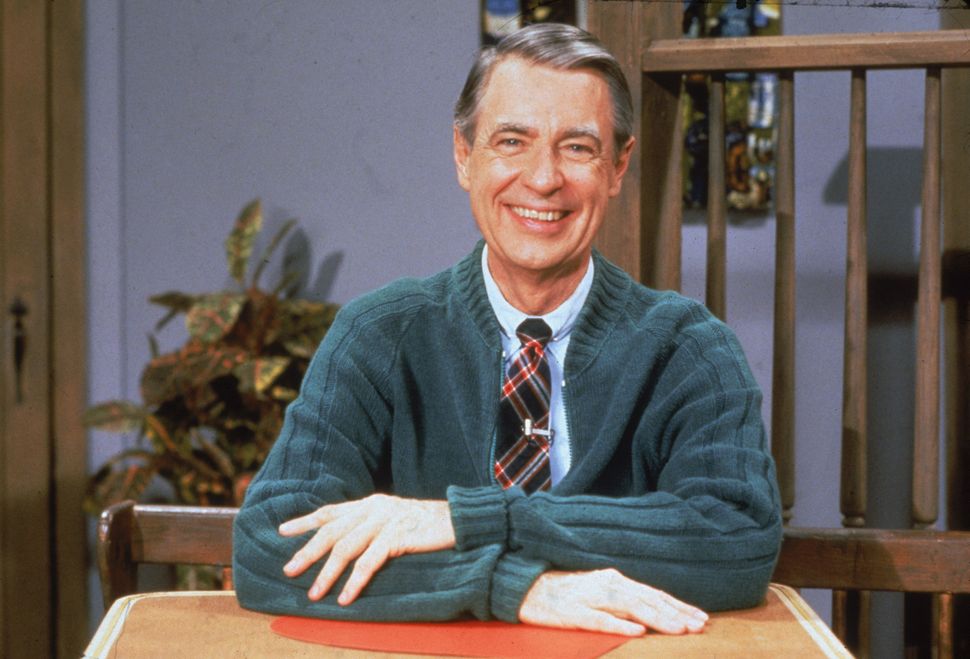 I recently watched the new documentary making headlines across indie film lovers’ social feeds, determined to find nostalgic relevance from a show I knew nearly nothing about — until now. I distinctly remember snippets “Mister Rogers’ Neighborhood,” its mesmerizing trolley whizzing by, but didn’t actually grow up watching the show regularly as a 90’s child. However, after reading reviews about the childhood mastermind’s political subliminal messaging, I was intrigued to discover more about Fred Rogers, a Presbyterian-minister-turned-TV-star.

So, I recruited a friend to see the movie, and left with a pocketful of similarities between Christians and Jews, namely: Loving your neighbor the way you love yourself, and making the world a better place for all.

When Rogers briefly came out of retirement to host a TV special after September 11th, he said: “We are all called to be ‘Tikkun Olam,’ repairers of creation.”

This was quite a departure for Rogers, as he never preached religion on his show — only kindness and equality, whether advocating for peace in the 80’s by portraying the Lebanon War on his segment, in a soft tone that children could understand, or asking Mr. Clemons, a black police officer on his show, to join him in a swimming pool during a time when the act was condemned.

So why mention ‘tikkun olam,’ the Jewish imperative to repair the world from its brokenness?

Perhaps it was Rogers’ unfailing optimism which connected him to this Jewish value. Even in the darkest moments, he would look for a silver lining.

“When I was a boy,” Rogers recalled, “and I would see scary things in the news, my mother would say to me, ‘Look for the helpers. You will always find people who are helping.’”

These days, with the current news cycle — I needed to hear that.

When Mister Rogers, A Presbyterian Minister, Talked About Tikkun Olam