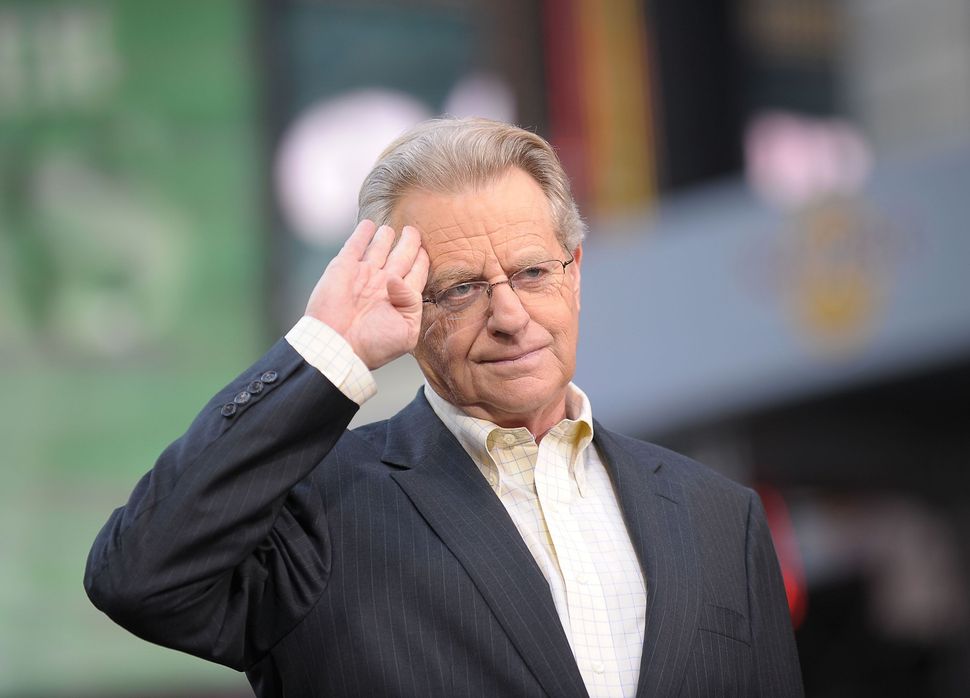 4,000 episodes later it seems we have decided that reality is bad enough as it is — the salacious talk show “Jerry Springer” has been canceled after 27 seasons.

Daytime drama junkies, don’t panic — “Springer” will still be shown in syndication, plus producers say “there is a possibility” of more original episodes, which doesn’t sound much like cancelation at all. When it comes to Jerry, audiences know that the only thing we can expect is the unexpected.

The show, which debuted in 1991, began by covering issues like homelessness, and peaked when Springer brought on a man who married his horse. Other memorable moments include a mother-daughter domination team riding their human slave around the stage, and meeting a man who castrated himself. Today, the official website for “Springer” beckons guests with three questions: “Did you have a child with a transsexual or are you pregnant by a transsexual?” “Are you ready to turn up and get lit and confront somebody on the Jerry Springer Show?” and “Do you have a sexy job?”

For this, the world turns.

We’re not sure if we’ll miss the Jewish lawyer-turned-RJK-advisor-turned-Cincinnati-Mayor-turned-human-zoo-operator, and we’re not sure if we’ll have to since producers seem to hint he wont be gone for long. For now we’ll just say, as Jerry would: “Good luck to all of our guests, hope you can find some happiness in your future endeavors. Until next time, take care of yourself and each other.”