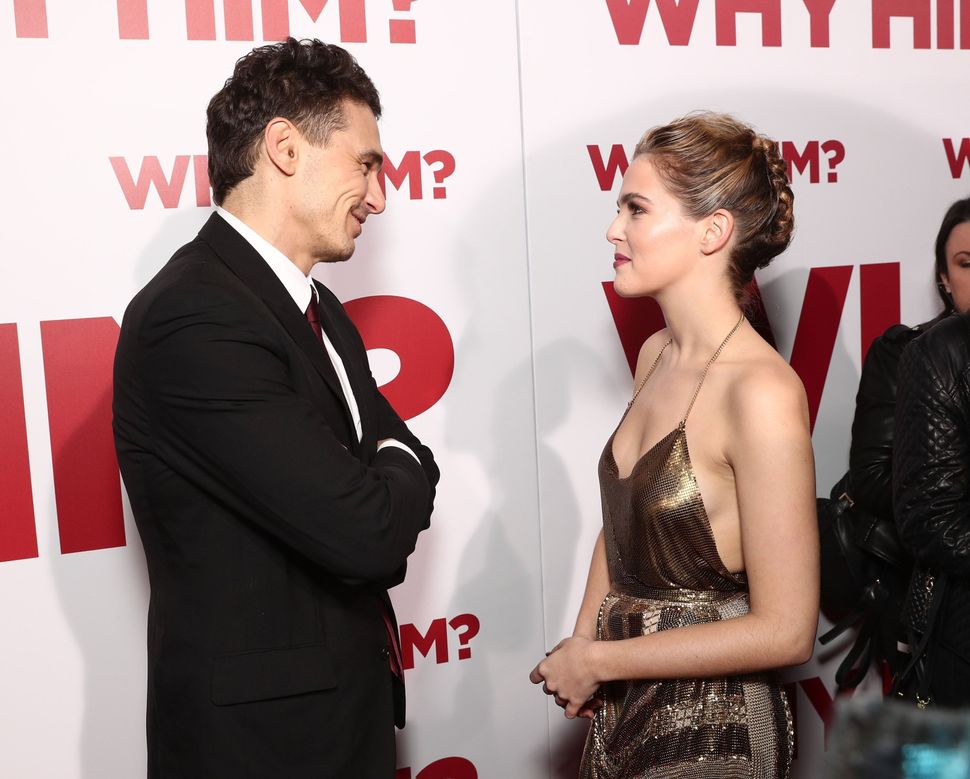 Franco with Deutch at the premiere of their movie, “Why Him?” Image by Getty Images

Zoey Deutch’s verdict on James Franco’s kissing skills are in.

“Meh,” she deadpans on “Watch What Happens Live with Andy Cohen.”

After test driving his lips in a scene on “Why Him,” she candidly describes his bad breath and mediocre smooching talent. When prompted, she confirms that it was nothing memorable. As a teen, I grew up swooning over the Jewish Spider-Man tritagonist of my dreams, that I can’t help but believe her commentary is inaccurate.

But, because I would never have the chance to lock lips with himself (unless he miraculously decides to join JSwipe), I’ll have to take her word for it. It’s no coincidence that her remarks come forth after the 40-year-old movie star was accused by multiple women of sexually inappropriate behavior.

Maybe this is Deutch’s way of getting back at Franco for allegedly wronging her fellow women? We will never truly know for sure, but are happy to report that the 23-year-old celebrity is now kissing men who haven’t been accused of harassing anyone, like dreamy Glen Powell in Netflix’s new movie, “Set it Up.” We’re looking forward to more celeb kissing reviews from Zoey in the near future.