A Rare Holocaust Opera, ‘Spiral’ And More To Read, Watch And Do This Weekend 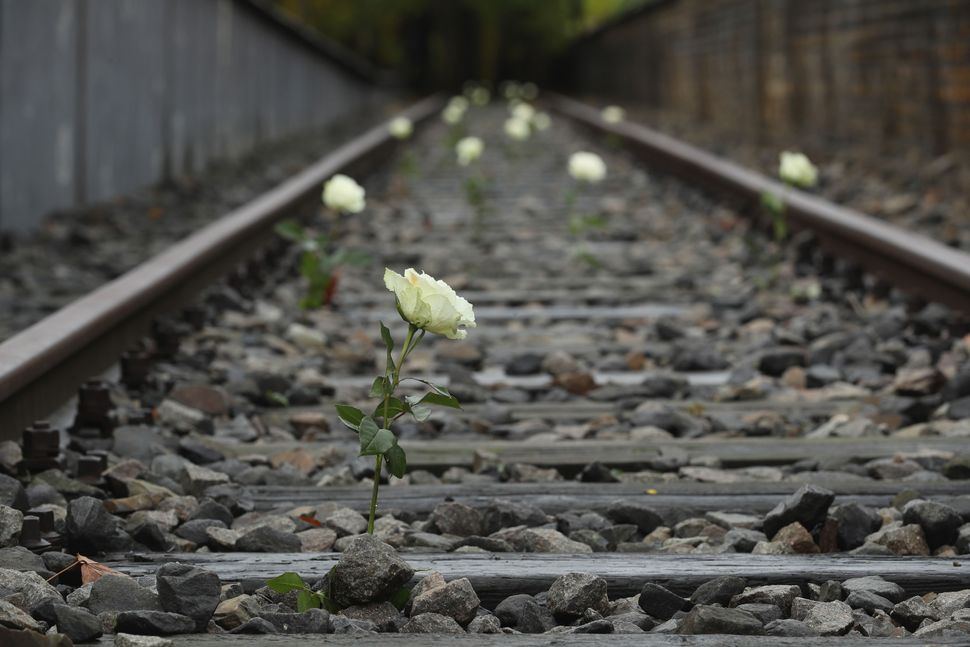 A 2016 memorial to victims of deportation in Berlin. Image by Sean Gallup/Getty Images

While the week has been full of difficult and strange news, there’s been a bright spot for the Forward amongst it all: We walked away with 12 of this year’s Rockowers, the annual journalism awards of the American Jewish Press Association. If you want to revisit some of our most important recent work, those award-winning articles are a great place to start. (Yes, one of them is mine.)

No matter how fascinating you find our journalism, make some time for other pursuits this week; a difficult sacrifice, we know. Read on for the best weekend events in New York City, Washington D.C., Chicago and Los Angeles, as well as the best new books and movies.

Former Forward staffer Alison Yarrow has a new book out this week: “90s Bitch: Media, Culture, and the Failed Promise of Gender Equality.” (Dan Friedman, the Forward’s executive editor, spoke with Yarrow about the book; read that interview here.) Also new on shelves are Rebecca Makkai’s novel “The Great Believers” and Oren Harman’s “Evolutions: Fifteen Myths That Explain Our World.”

The new documentary “Spiral,” opening this week in New York City, examines the contemporary rise of anti-Semitism in France; it’s a sobering, compelling watch. The narrative feature “To Each, Her Own,” the story of a Jewish woman attempting to come out to her family, arrives on Netflix on Sunday. And while the new Paul Rudd-led biopic “The Catcher Was a Spy” is supposed to be genuinely terrible, it is also genuinely Jewish. Buy a ticket at your peril.

Saturday night, catch a concert by Robert Honstein at Chelsea’s Tenri Cultural Institute. And if you can, make time for two new plays: Rinne Groff’s “Fire in Dreamland” at the Public Theater and Oscar Hammerstein II’s “Carmen Jones” at Classic Stage Company.

If you missed last weekend’s InSeries performance of Viktor Ullman’s opera “The Emperor of Atlantis,” which he composed while imprisoned at Theresienstadt, good news: There’s one last performance this Saturday. Otherwise, choose between two plays: “The Scottsboro Boys” at Signature Theatre and “Other Life Forms” at the Keegan Theatre.

On Friday night, catch jazz pianist Michael Weiss at Winter’s Jazz Club, or head to Women & Children First bookstore for a reading honoring local poet Sam Wein. (Sam is a friend of mine.) Saturday evening, catch an open-air concert by the Grant Park Orchestra, featuring pianist Natasha Paremski and conducted by Carlos Kalmar. And if you’ve yet to see Stephen Sondheim and Hugh Wheeler’s “A Little Night Music” at the Greenhouse Theater Center, make it a priority — it’s one of Sondheim’s best.

Revisit your childhood with a Saturday night screening of 1980s classic “The Goonies” by Street Food Cinema. Sunday night, head to the Skirball Cultural Center for “Late Night with Leonard Bernstein,” a cabaret evening featuring Bernstein’s daughter Jamie. And if you want to be truly swept away, you can’t go wrong with Rodgers and Hammerstein’s sugar-sweet classic “Cinderella,” now at the Hollywood Pantages theater.

A Rare Holocaust Opera, ‘Spiral’ And More To Read, Watch And Do This Weekend