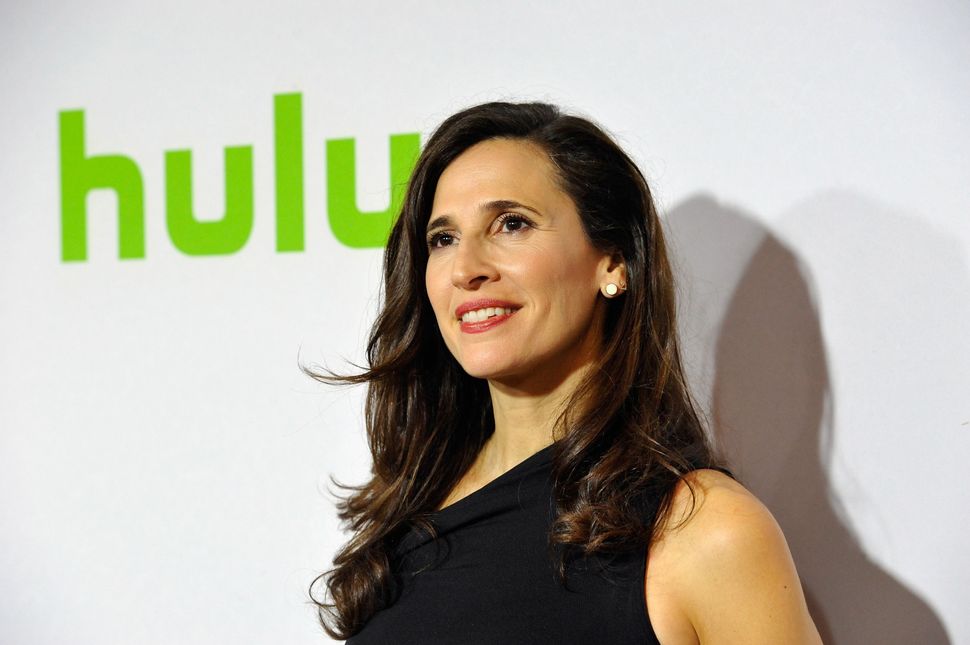 Michaela Watkins, take our everything. Image by Getty Images

It’s been a rough week for all of us, and, somewhat horrifically, we have recently learned that is only Wednesday.

It is times like this that lead us to prayer.

Let us read from a translation of the Hashkiveinu in the Reform prayerbook Mishkan T’filah:

Grant, O God, that we lie down in peace, and raise us up, our Guardian, to a new season of “Catastrophe” starring Michaela Watkins. Spread over us the shelter of Michaela’s Jew-y comedic impulse. Guide us with more seasons of “Catastrophe;” for Rob Delaney and Sharon Horgan’s names’ sake, let prestige TV be our help.

And to this let us say, Amen.

For indeed it has been announced Michaela Watkins, that raven-haired, sharp-tongued Jewess will star on the fourth season of “Catastrophe,” Rob Delaney and Sharon Horgan’s nearly-perfect Amazon television show.

Watkins, the witchy-sexy comedy star of “Casual” and “SNL,” was the only thing missing from our life other than equal rights and universal healthcare, and now she’s no longer missing. She will play “Catastrophe” star and co-creator Rob Delaney’s sister on the upcoming season of the hit show. Watkins has the glossy curls of a biblical matriarch, the squeaky-hot voice of your most depraved fantasies, and the comedic timing of one of one of the watches Jay-Z raps about.

No pressure, but we look forward to the fourth season of “Catastrophe” and specifically Michaela Watkins’ role in it as we await the arrival of the messianic age. Godspeed, Sharon, Rob, and beautiful Jewish witch-mother Michaela.