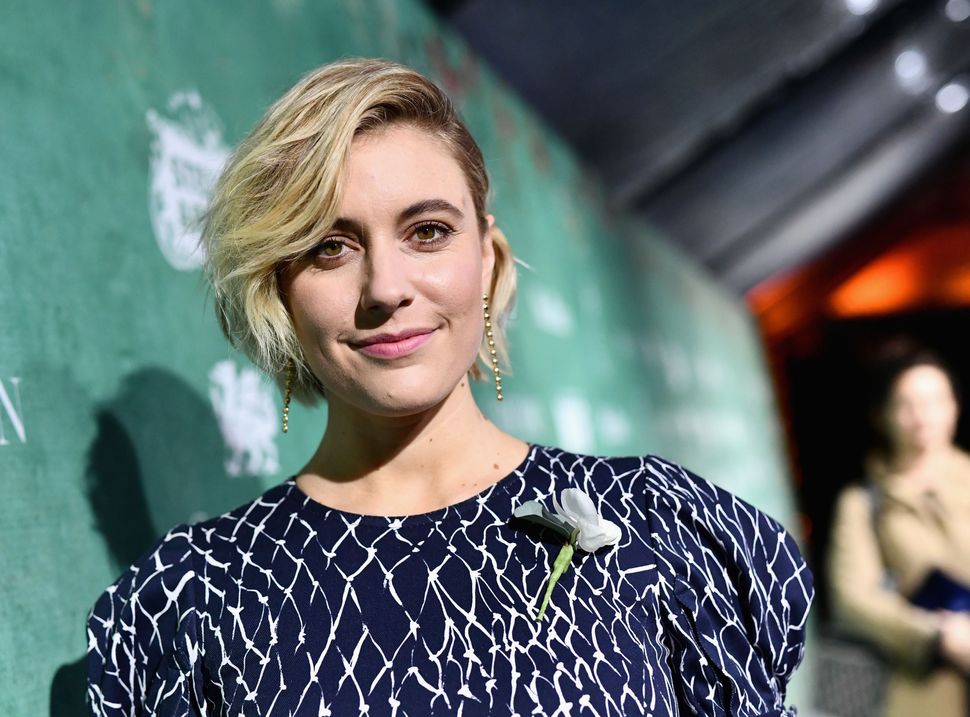 Greta Gerwig reaches for the stars. Image by Getty Images

The potential cast list reads like a who’s who of Hollywood’s current biggest stars, and it’s no surprise — Gerwig, who has received personal nominations for “Best Original Screenplay” and “Best Director” as well as “Best Picture” for “Lady Bird,” isn’t a “little woman” at all, but a mammoth talent. Ronan and Chalamet also starred in “Lady Bird” and are said to be in consideration to play, respectively, protagonist Jo March and jilted love interest Laurie in the beloved bildungsroman. Streep will likely star as the mother of the four sisters, with Stone as the eldest March girl, Meg, and English actress Florence Pugh as the youngest, Amy. No actress has yet been named as a likely candidate to portray Beth, the third March sister.

With Gerwig at the helm and Jewish producer Amy Pascal as her guide, Louisa May Alcott’s 1869 classic looks to be in good hands.