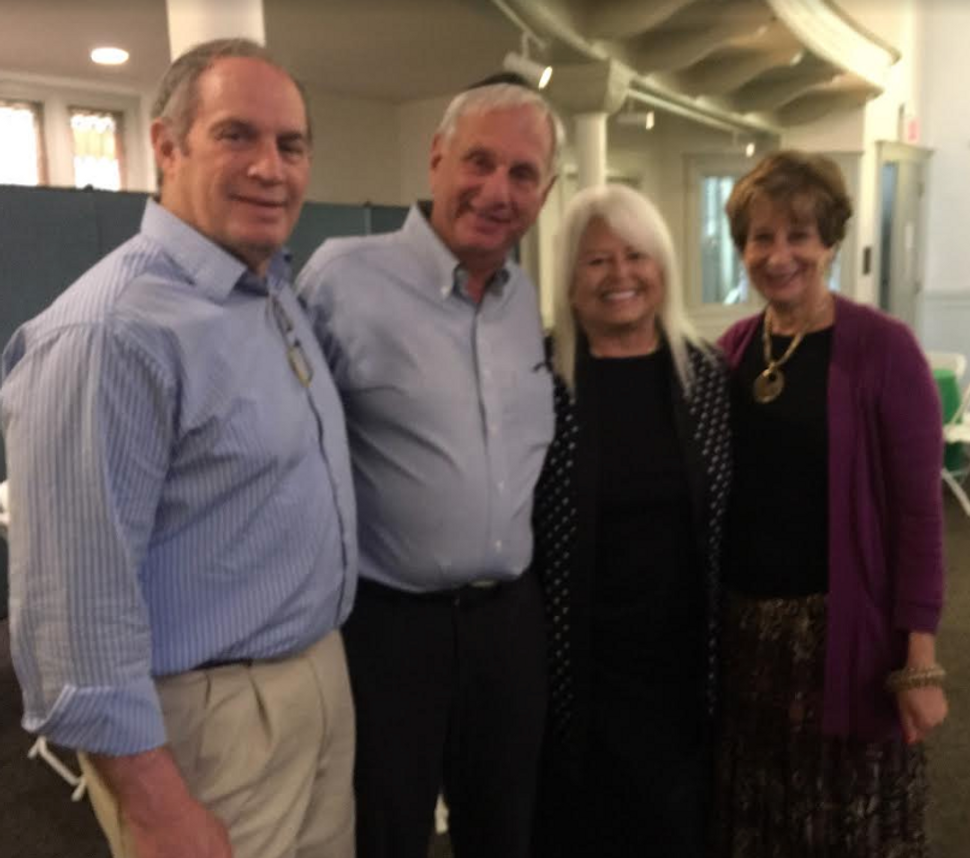 Members of the Schmooze study group. Image by Benjy Silverman 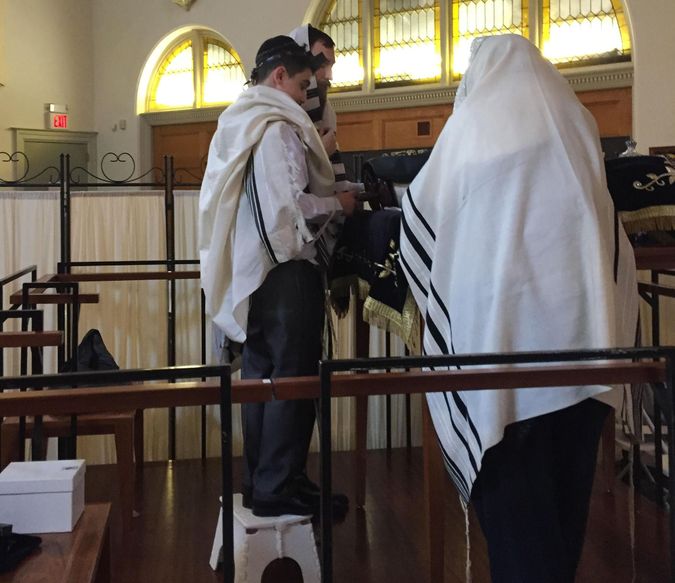 Joshua had little hopes of having a bar mitzvah. After all, bar mitzvahs aren’t exactly a common event at the Dobbs Ferry juvenile facility for youth at risk.

Until a group of Jewish retirees stepped in.

It all began with a phone call between two strangers.

Rabbi Benjy Silverman of Chabad of Rivertowns vividly recalls the day when he received a call from a woman named Sandra. Sandra explained that her grandson Joshua was living in Children’s Village, isolated from friends and family, and while he was somewhat familiar with Hebrew and had attended a Jewish day school before being sent to the facility, he did not have the resources to study and prepare to become Bar Mitzvah.

The conversation sparked an idea for Silverman.

For the past year, Silverman had led a weekly study group at the High Point Condos in Hartsdale, New York for about thirty retirees, discussing current events “through a Jewish lens.”

The group had recently shared their desire to make a financial contribution to the Chabad in honor of their study group with the rabbi, but Silverman had other ideas. “The timing of Joshua’s grandmother’s call was such a good shidduch (match) that I told the group about it and suggested they sponsor Joshua’s bar mitzvah instead,” says Silverman. 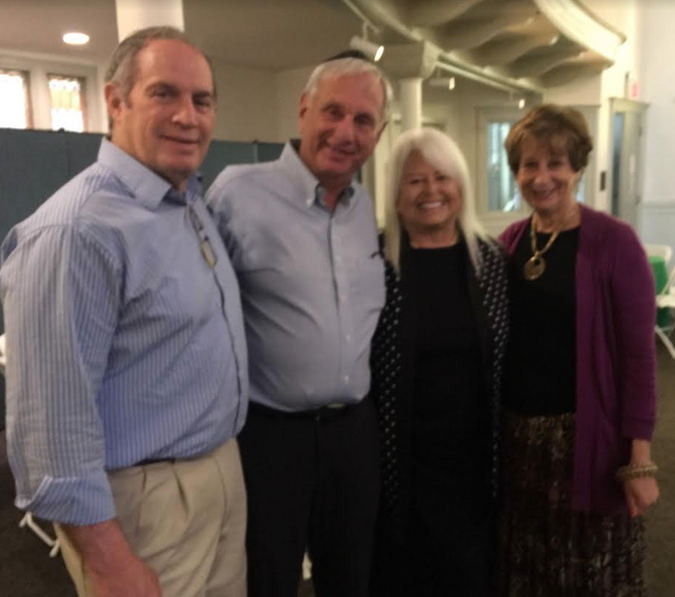 Members of the Schmooze study group. Image by Benjy Silverman

The group, affectionately calling itself The Schmooze (we like the name, as you can understand), loved the idea, and got to work pooling together their own personal contributions to cover all the costs including catering, live music, goodie bags, a gift for the bar mitzvah boy, an ice cream cake, and at Joshua’s request, plenty of sweets.

A week or so before the big day, Joshua met with the rabbi at the Chabad to practice donning tefillin (phylacteries) and reciting the blessing.

On the morning of Thursday, June 7, 2018, Joshua became a bar mitzvah.

His grandmother, Sandra, who first initiated the idea was there to witness the simcha. Joshua’s grandfather drove in from Florida to surprise the young man too. Several members of The Schmooze joined in the festivities including Elliot Weitz, 70, a retired educator from Lehman College. “In our discussion group, we discuss Judaism as a family so when I heard about Joshua, my first thought was, ‘He’s part of our Jewish family. Let’s do something for this boy’,” Weitz said from his home in the High Point Condos.

“It was a very uplifting day and Joshua was well-prepared and spoke beautifully and was so appreciative for what was being done for him,” Weitz continued, getting choked up just thinking about the occasion. “His siblings were there and his mother was kvelling. There was such a sparkle in her eyes. This was a family that needed some happiness in their lives, and I’m glad we got to be a part of it.”