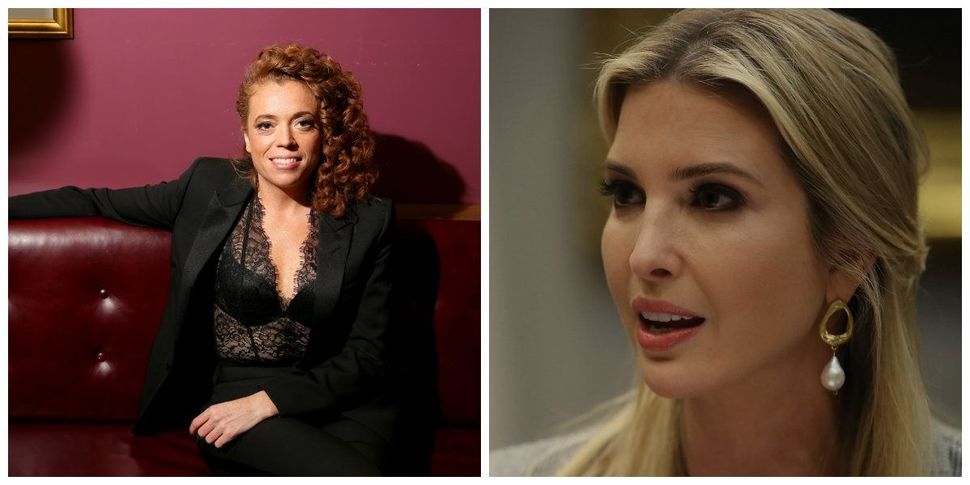 Love her or hate her, Michelle Wolf has the sharpest tongue on television.

From Ana Navarro to Alex Jones, nobody comes close to Wolf’s ability to lacerate. On a new episode of her Netflix show, “The Break With Michelle Wolf,” the notorious host of the White House Correspondence dinner compared first daughter and presidential advisor Ivanka Trump to Herpes.

“Is your nickname ‘herpes’?” Wolf asked of Trump. “Because you’re not necessarily the most dangerous person in the administration but you’re very unpleasant, totally incurable and you always show up when we’re about to get f****d.”

The talk show host also gave a nod to comedy peer Samantha Bee, who apologized last month for referring to Trump as “a feckless cnt,” sparking a wildfire of discussion about civility and the language of protest. “You can’t just casually harass these people, you have to insult them specifically,” Wolf instructed fellow talkshow hosts. “‘You’re a cnt’ doesn’t hurt them. It’s on their vision board.”

The clever solution, says Wolf, is to get Ivanka’s name wrong. Specifically, to call her by her younger half-sister’s name, Tiffany.

“This will devastate her,” Wolf said, glowing.