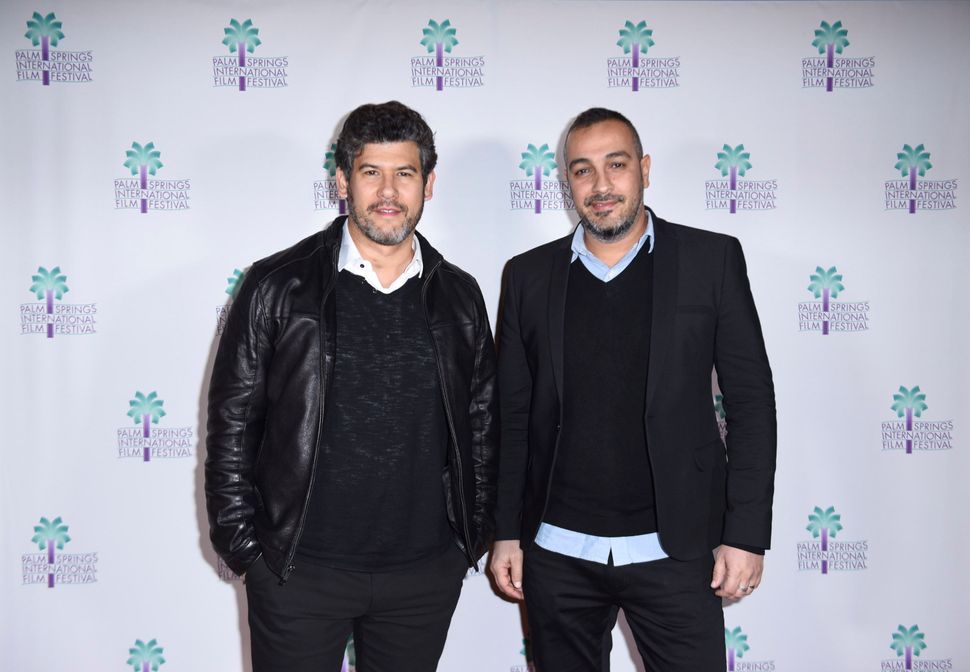 The best cultural phenomenon out of Israel since “Fauda” has been released into the wilds of the Internet.

“Maktub”, which first debuted at the 2017 Israel Film Festival, has at last made its way onto our screens. Now that Netflix is streaming the action-comedy, 45 million subscribers a day are welcome to delve into a subversively funny look at life after surviving a terrorist attack. The unlikely premise of the movie, written by its stars Guy Amir and Hanan Savyon, made it a runaway box office and critical success in Israel.

For those familiar with Israeli culture, the story’s plot line is one they’ve likely encountered before in their daily lives. The first scene opens up with a deadly bombing set in a common place where terrorist attacks typically took place in the early 2000’s —- a restaurant. A place for family, for friends, and for individuals partaking in life’s mundane pleasures. There’s nothing funny about it at all.

After mass murder, it’s hard to say why some people live and why others die.

Those who are lucky enough to make it out alive — like Guy Amir and Hanan Savyon’s mobster characters — are faced with a choice. Do they continue to live as criminals, or should they reform? As they were the only two who made it out alive, (they were at the restaurant collecting protection money for their crime overlord, as one does,) their lives are forever changed. Some may call their survival a form of Maktub, meaning destiny in Arabic, and others might call it an act of God. In true baal teshuva fashion, the two men completely flip their lifestyles after the traumatic event. Before they plan to jet off to the US with the money, they decide to stop by the Western Wall to show their appreciation. It’s there, in that enclave of holiness, that they find a note left by a man who asks God to help rekindle his marriage. The two former mafiosos are inspired to help the voices crying out in the Kotel’s letters, note by note.

A new adventure begins. A new, and sweetly hilarious, Maktub.

This is not Amir and Savyon’s first rodeo. According to The Times of Israel, they’ve written over 280 episodes for seven different series that have been viewed over 80 million times in their homeland. But it may be a movie streaming on American Netflix that puts them on the International map. Producer Uri Singer has asked them to create a drama for English-speaking audiences, depicting the Middle East conflict through the eyes of an American father searching for his missing daughter. The actors’ success outside of Israel won’t only expand their careers — it will likely provide a greater platform for Israeli narratives.