Go Ahead And Ask Jerry Seinfeld For A Selfie 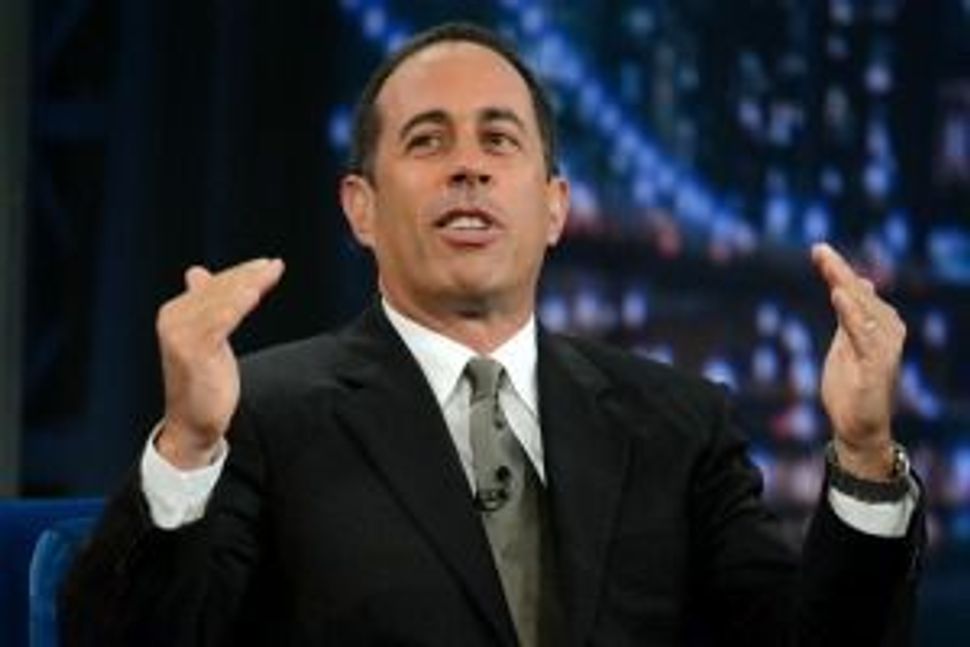 In new episodes of Jerry Seinfeld’s Netflix show “Comedian in Cars Getting Coffee,” the iconic comedian takes an extreme position — he says he doesn’t mind being interrupted or even filmed in public by strangers.

“I’m out in public,” he tells his nonplussed guest, Zach Galifianakis. “There’s no privacy out in public. That’s why it’s called ‘public’.”

Seinfeld and Galifianakis first encounter amateur paparazzi in a bike shop. “We see you recording sir, it’s obvious,” the younger comedian says, confidently. Seinfeld, however, isn’t bothered. Galifianakis asks him if that kind of thing “bugs” him. “Nobody bugs me. How would they bug me?” Seinfeld responds. Seinfeld, who has experienced mega-fame for about 30 years, says that when people shout at him in public he responds — “Hey!” and all of a sudden: “We’re done.”

Later in the episode, Galifianakis presses Seinfeld again, asking if it doesn’t bother him to see strangers filming him in public. “No, not if you’re a well-known person. I think you’ve gotta accept that,” he responds, going on to say of strangers filming him: “I don’t see that as an incursion on my privacy or my dignity, I don’t find it rude.”

This says a lot about who Seinfeld is, for better and for worse.

Galifianakis seems to feel the same way. “Wonderful,” he says. “Because I have a show I wanna pitch you, called Celebrity Toilet Cams.”

The new season of “Comedians in Cars Getting Coffee” is out on Netflix as of Friday.

Go Ahead And Ask Jerry Seinfeld For A Selfie