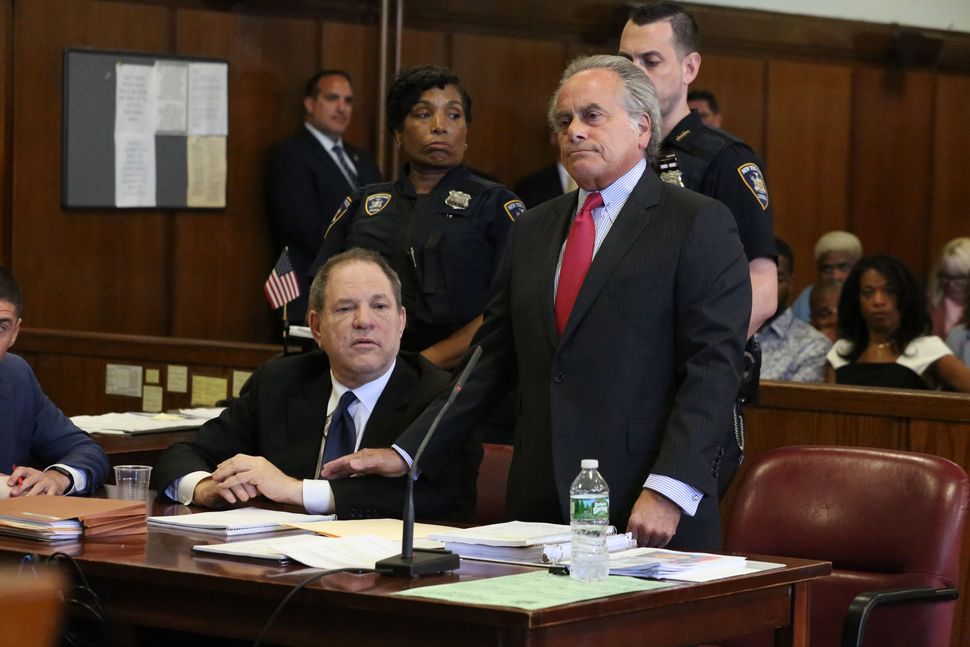 In a statement so nonsensical it almost works as a palindrome, on Monday morning Harvey Weinstein’s lawyer Benjamin Brafman told reporters at Weinstein’s arraignment that Weinstein is working as a paralegal for Brafman.

Steven Zeitchik, a reporter for the Washington Post who is on the scene in the courtroom and has been live-tweeting the scene at the courtroom reported: “Truly bizarre claim from Weinstein lawyer Ben Brafman outside the court: Harvey, he says, is currently working as a paralegal — to him.”

Truly bizarre claim from Weinstein lawyer Ben Brafman outside the court: Harvey, he says, is currently working as a paralegal—to him

This really is a wild statement — the 66-year-old movie mogul who has been accused of sexual misconduct by over 80 women seems like an unlikely candidate for a paralegal. Weinstein appeared in court early Monday morning to plead not guilty to sexually assaulting a woman in 2006. This is Weinstein’s third arraignment following two in June, which included rape charges and a charge of a first-degree criminal sexual act. For now, Weinstein is out on $1 million bail. A request that he be put under house arrest was denied by the judge.

Zeitechik reports that Brafman also claims that Weinstein is “trying to pursue other [movie] projects.” Brafman, he says, shook hands with lawyer Gloria Allred in the courtroom.

No, you’re not imagining it — the greatest movie makers could not have envisioned stranger things.