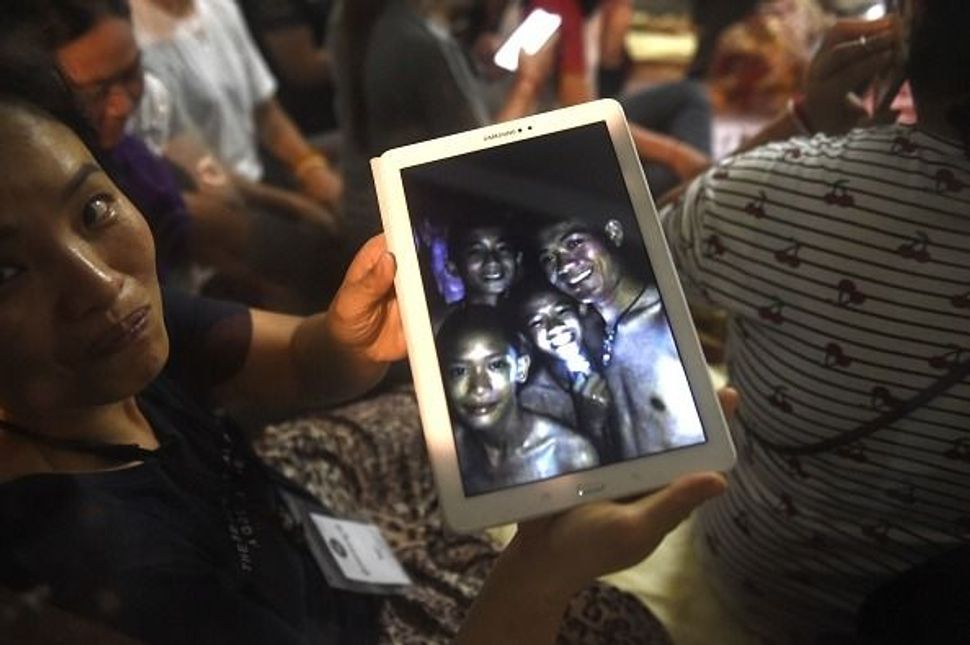 Once again Israeli-developed technology has benefited the international community, this time as an essential tool in providing communication between the 12 Thai boys and their soccer coach and the Royal Thai Navy Seals.

Israeli company Maxtech Networks has proved to be a vital tool in providing communication for the 12 members of the Thai youth soccer team as well as their coach. The group was trapped in a cave for almost three weeks due to monsoon flooding. All 12 children and their coach were rescued and were pronounced safe on Tuesday. Tragically, one Thai former Navy seal died during the rescue efforts.

The group of 11-16 year-olds was trapped in the cave for 9 days before they were discovered by British rescuers. Since then, a rescue initiative has been underway with great urgency and effort. The soccer team spent a total of 18 days inside the cave.

To help with the progression of the rescue, Maxtech Networks was called upon to provide a system of radio networking that could bypass many challenges of the team’s situation, creating the ability to communicate between the rescuers and the imperiled boys.

We are so grateful for the Israeli technology, Maxtech Networks, which played a crucial role today in saving six of the boys who had been trapped in a Thai cave for weeks. Our… https://t.co/ndatlYQySI

“The Times of Israel” wrote of the technology that “a string of small devices, similar to handheld radios, pass wireless communications between each other, enabling a link in places regular radios won’t work, such as where there are major obstacles blocking the line-of-sight between the two ends of the line.”

In simpler terms, Uzi Hanuni, CEO of Maxtech Networks, commented that “it looks like a regular walkie talkie, but it’s not like that at all”. The idea is that a network of radio’s have been connected in a “daisy chain” fashion, to work around the physical obstacle of the cave.

Maxtech Network’s ability to so successfully aid the eventual release of all 13 people trapped in the cave will likely catapult the company into higher demand. The company has showcased that their technology provides a service that other forms of technology cannot, particularly surpassing the failed attempt of Elon Musk’s “mini-submarine” initiative.

_Nicola Lewis is a summer intern at the Forward, writing for the life section. You can reach her at [email protected] _