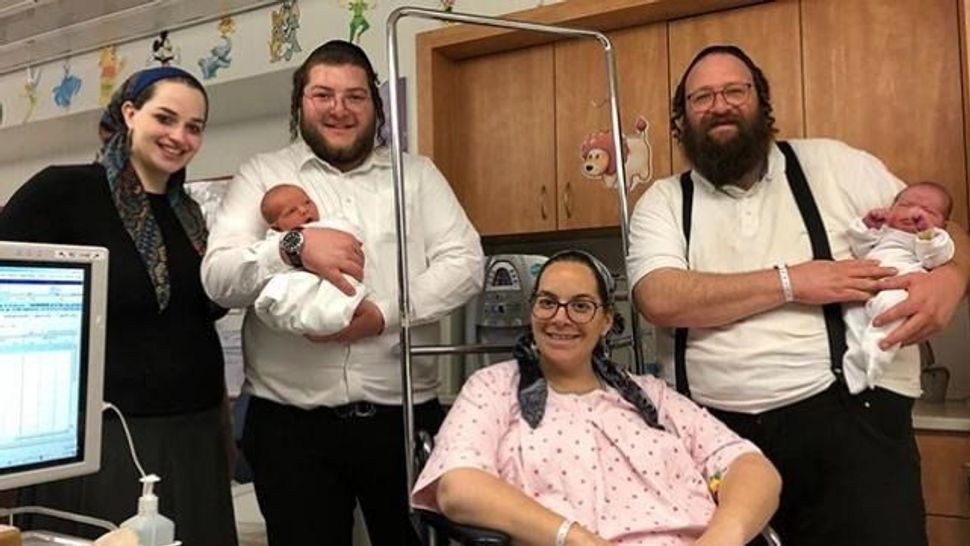 Image by The Yeshiva World

Elisheva Baumel, a resident of the Jerusalem neighborhood Givat Ze’ev, gave birth to her 10th child within 24 hours of the birth of her first grandchild.

The overwhelmingly special nature of this scenario still hasn’t quite sunken in for the family. “Just yesterday I was holding both new wonderful babies and I became overwhelmed with joy,” Elisheva told Yediot Ahronot.

“It was a very special experience,” said Aharon Shmuel Baumel, grandfather-and-father, who is a medic for the Magen David Adom ambulance corps.

“We are always happy when something like this happens,” said Professor Simcha Yagel, Director of the Maternity Ward of Hadassah. “It is certainly gratifying to see that even the next generation chooses to give birth here at Hadassah. Generally, the grandmother helps her daughter-in-law to raise the grandchildren, only a few merit that the grandmother and daughter-in-law should raise their children together.”