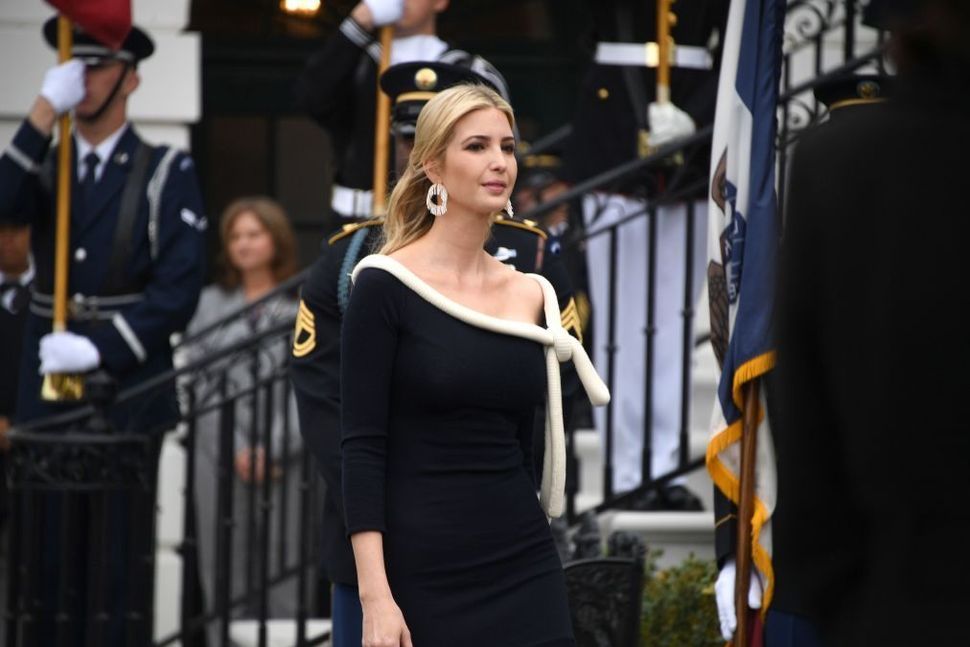 Over the weekend, Hudson’s Bay Company, Canada’s largest department store chain, dropped Ivanka Trump’s eponymous brand from its website and would begin limiting sales in stores. Although the company claimed the decision was made last fall, the timing of the announcement coincides with increasing tensions between the US and Canada on account of increased tariffs on imported metals and President Trump’s insults directed at the Prime Minister, Justin Trudeau.

Hudson’s Bay Company joins other companies that have dropped the First Daughter’s fashion brand — including Neiman Marcus, Nordstrom and Shoes.com — after decreased sales and pressure from the #GrabYourWallet campaign that boycotts companies stocking the Ivanka Trump brand.

Sorry, Ivanka, but we no longer care about your failing clothing company of $100 dresses and $49.99 shoes. We’re bored of your brand, just as we are bored of your fashion choices as First Daughter — straightforward, classy, with no political meaning whatsoever.

As Robin Givhan so perfectly put it: “Can there be fashion diplomacy after detonating the nuclear option?”

As much as Hudson’s Bay Company dropping Ivanka’s brand is news, it no longer feels very interesting — perhaps because Ivanka altogether bores us, because we are no longer delusional about her being some “voice of conscience in the White House,” because we see through her whole show, whether it’s her personal Instagram with its covetable fakery, or her brand’s products’ utter mediocrity.

Considering the state of the republic today, can Ivanka Trump’s imagery ever be really relevant? Alas, that moment of opportunity has long passed.

Michelle Honig is the style writer for the Forward. Email her honig@forward.com