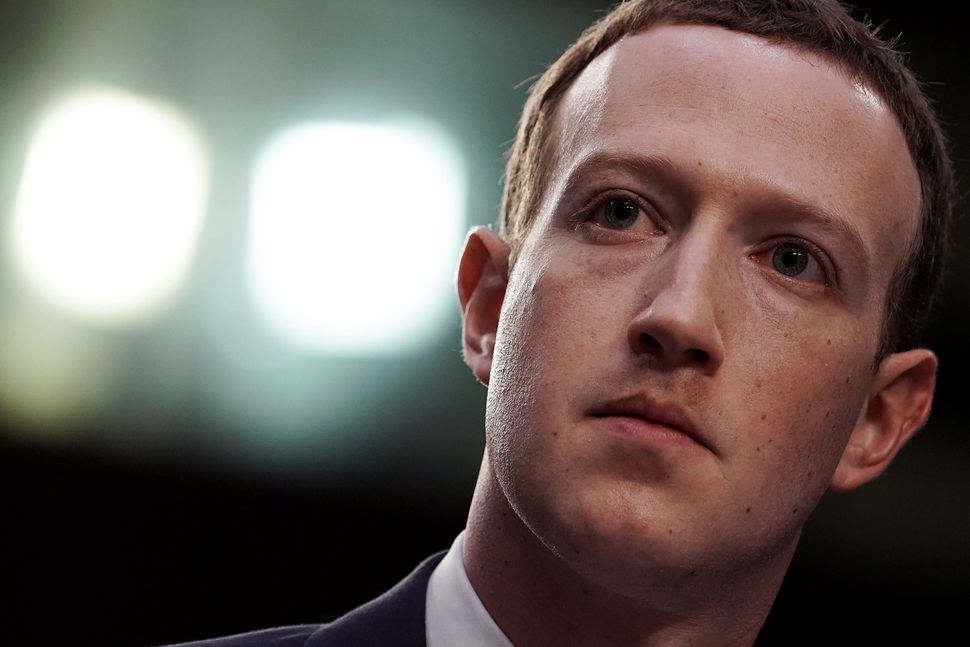 In an interview with Recode on Wednesday, Mark Zuckerberg appeared to defend and explain away Holocaust deniers.

In a heated interview with Kara Swisher marked by both parties interrupting each other and referencing Facebook’s biggest controversies, Zuckerberg brought up Holocaust denial as an example of free speech that should not be removed from Facebook.

In a discussion about a third of the way through the interview about the content that is and is not going to be allowed on Facebook going forward, Zuckerberg said this: “The principles that we have on what we remove from the service are, if it’s going to result in real harm, real physical harm, or if you’re attacking individuals, then that content shouldn’t be on the platform.” Then, he added, “But then there’s broad debate.” When Swisher suggested that many areas of “debate,” citing specifically denial of the shooting of children in Sandy Hook, are simple facts, Zuckerberg deflected the example and brought up, instead, one more personal to him — the Holocaust.

Zuckerberg: I’m Jewish, and there’s a set of people who deny that the Holocaust happened.

Zuckerberg: I find that deeply offensive. But at the end of the day, I don’t believe that our platform should take that down because I think there are things that different people get wrong. I don’t think that they’re intentionally getting it wrong, but I think —

Swisher: In the case of the Holocaust deniers, they might be, but go ahead.

Zuckerberg: It’s hard to impugn intent and to understand the intent. I just think, as abhorrent as some of those examples are, I think the reality is also that I get things wrong when I speak publicly. I’m sure you do. I’m sure a lot of leaders and public figures we respect do too, and I just don’t think that it is the right thing to say, “We’re going to take someone off the platform if they get things wrong, even multiple times.”

The Facebook CEO went on to explain that people who fall into categories like Holocaust denial will get to keep the information on their page but won’t have their post put in a prominent place on any newsfeed.

Set aside, for a moment, the discussion about whether or not Holocaust denial falls under the auspices of “freedom of speech.” Why is Zuckerberg so committed to the idea that Holocaust deniers are confused or ignorant, rather than anti-Semitic? Zuckerberg is a mammoth public figure and influencer — why is he so quick to offer up his people’s historic genocide as a goodwill sacrifice to freedom of speech? Who is he to use the disgusting denial of six million murders to pivot away from the havoc that has been wreaked on the already terrorized Sandy Hook families, which was facilitated on his website? And who is Mark Zuckerberg to decide for the Jewish people that public Holocaust denial poses no threat of danger to Jews?

Zuckerberg is not particularly self-loathing. And he is not known for a slavish devotion to the first amendment. His eagerness to trade on his connection to the Holocaust only tells us this: That even a multi-billionaire celebrity who has changed the world is still susceptible to the idea that minimizing collective memory of Jewish suffering is the only way to earn Good Jew and Good Citizen status.