All-Yiddish ‘Fiddler,’ Comedy In D.C. And More To Read, Watch And Do This Weekend 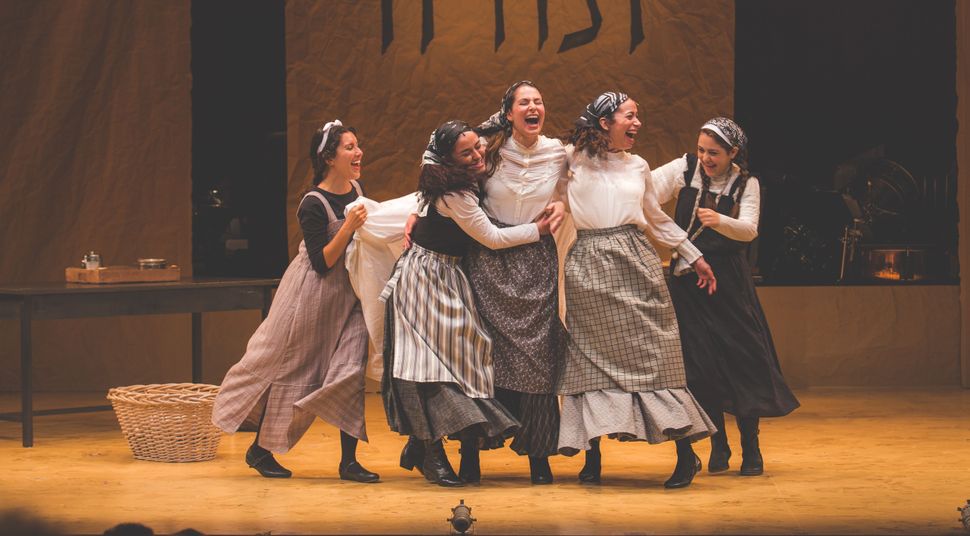 This is the rare week when there are few notable new books for the Jewish-minded — alas! Instead of seeking new releases, catch up on a too-little discussed portion of 20th century Jewish history, and read a memoir about the end of Jewish life in Iraq. I’ve been immersed in the subject, recently, as I reported a series of articles on the Iraqi Jewish Archive. As a starting point, I’d recommend Marina Benjamin’s “Last Days in Babylon: The Exile of Iraq’s Jews, the Story of My Family,” Violette Shamash’s “Memories of Eden: A Journey Through Jewish Baghdad” and Naim Kattan’s “Farewell, Babylon: Coming of Age in Jewish Baghdad.”

Andrew Solomon’s 2012 book “Far from the Tree” made a splash; catch the documentary adaptation of it as it debuts this week. If you’re a Leonard Nimoy fan, watch Zachary Quinto continue his transformation into the original Spock by taking over hosting duties for the newly-revived show “In Search Of.” And if you like fun, go see “Mamma Mia 2” — I don’t care that there doesn’t seem to be a single Jewish thing about it.

A top priority ought to be seeing the National Yiddish Theatre Folksbiene’s all-Yiddish “Fiddler on the Roof,” the first ever produced in the United States. I reviewed the terrific production, here, and Rukhl Schaecter wrote about the implications of the linguistic change, here. Otherwise, choose between two good offerings at Lincoln Center’s Mostly Mozart Festival: Haydn’s “The Creation” as performed by La Fura del Baus, or a program of Mendelssohn and Mozart featuring the latter’s “Jupiter Symphony.”

Two events beckon on Thursday night. Ophira Eisenberg, host of NPR’s “Ask Me Another,” presents a comedy set at the Kennedy Center as part of the District of Comedy Festival, and the Gay Men’s Chorus of Washington, DC presents a cabaret at the Signature Theatre. It’s also worth catching the Olney Theatre Center’s take on Leonard Bernstein’s “On the Town” before it closes next weekend.

The Illinois Holocaust Museum and Education Center’s new exhibit “Stories of Survival: Object. Image. Memory” promises to be moving and sobering, and certainly worth visiting. If you can’t quite palate anything somber this weekend, instead attend a performance of the “You Can’t Take it With You” by Oak Park Festival Theater.

If you find yourself yearning for another era, head to Louis Stern Fine Arts, where the new exhibit “London in the 60s” features Bernard Cohen, Michael Kidner and Richard Smith. And if you simply yearn to be swept away, go see Odyssey Theatre Ensemble’s paean to Stephen Sondheim: “Side By Side By Sondheim.”

All-Yiddish ‘Fiddler,’ Comedy In D.C. And More To Read, Watch And Do This Weekend