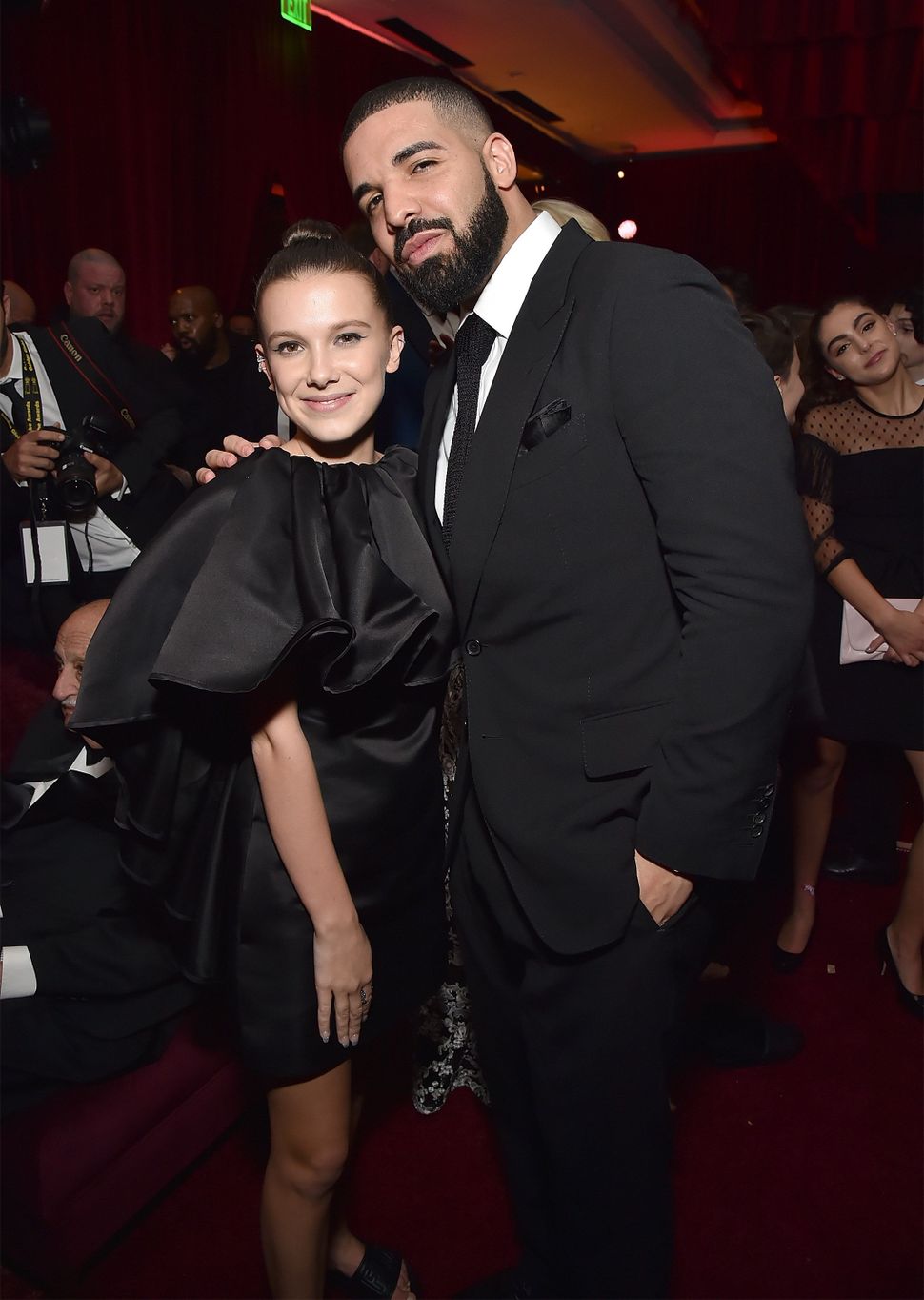 Millie Bobby Brown and Drake – the unlikely pairing that makes our hearts soar with affection and jealousy.

We at the Schmooze are ardent fans of both stars and, so when “Stranger Things” lead Brown spoke to W Magazine about her friendship with Drake in an interview released yesterday, we felt a rush of excitement course through our veins. Millie Bobby, thank you for sharing and adding just a little more contentment to our Tuesday.

Millie Bobby Brown has not shied away from expressing her reverence for Drake on social media to her millions of followers. When they met last November at his concert, she uploaded a shot of the two, with her nestled safely under Drake’s warm embrace and beaming grin, and it instantly went viral. She’s promoted his music and has even participated in his “In My Feelings” dance challenge on Instagram.

In the cover story for W, Brown confided that she and Drake have become friends and, “now we talk all the time.” In cruel disregard for our feelings, she blithely added, “I ask his advice.”

Oh. That’s cool. You’re 14 years old and you have Drake’s number in your phone. Cool.

We only wish that we possessed the super-star-power that would escalate our relationship with Drake from being a fangirl attending his concert to hitting him up for guidance on the reg.

And while we are here, let us just say:

Millie Bobby Brown exudes the grace and poise that is rare in teens. She has morphed into a style icon, has skyrocketed into stardom through her role in “Stranger Things”, and has been nominated for an Emmy and SAG award. Who could blame Drake, our resident Jewish rapper, for building a rapport with Hollywood’s rising sensation?