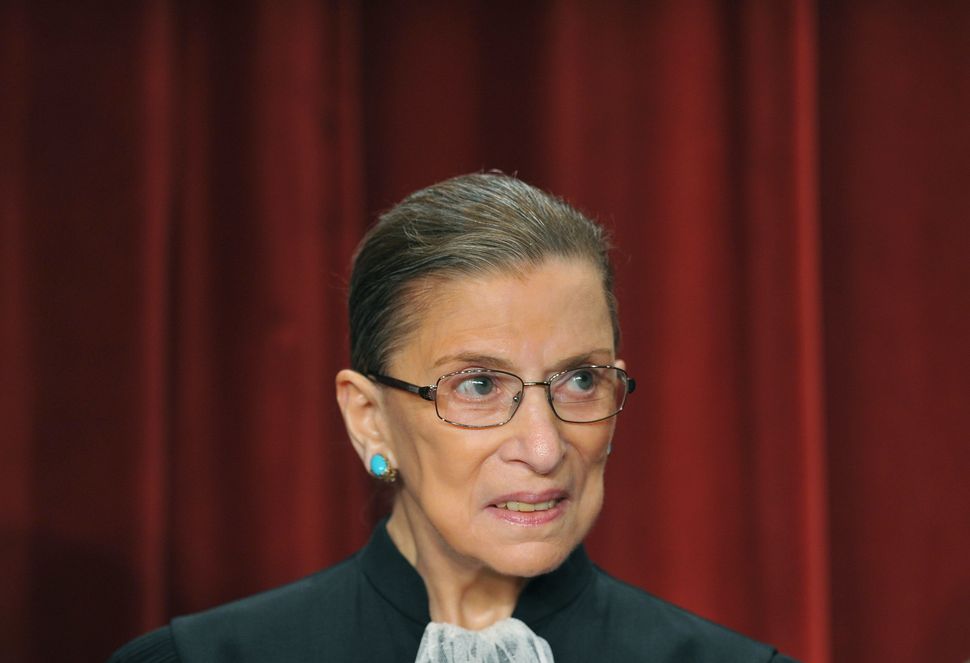 During a time in which our country is wracked with political turmoil, what could be better than having RBG as a constant, forever by our sides, offering steady inspiration from the comfort of our own homes?! The makers of the Kickstarter have far surpassed their original goal of $15,000 and li’l RBGs are already available for pre-order. The toys are sculpted by Seattle-based artist Mike Leavitt, designed in Brooklyn, and made in China under the auspices of FCTRY, a Brooklyn toy company.

It’s important to have reassurance that we will be okay. We want to instill hope, consistency and justice into the values of the next generation.

We are looking forward to having RBG perched on a desk at The Forward office.

Tamar Skydell is an intern at The Forward. You can reach her at [email protected]