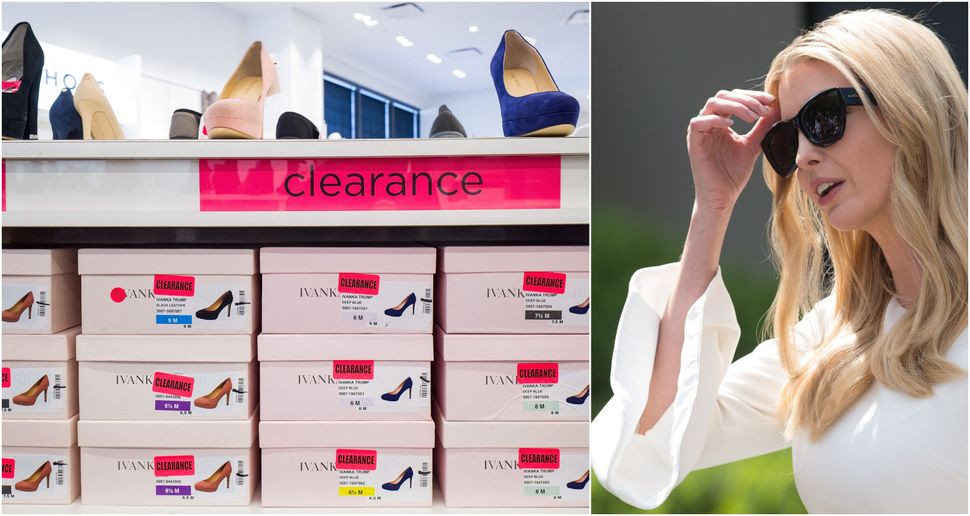 The Ivanka Trump fashion brand met an untimely death on Tuesday morning, July 24th. It was only 11 years old.

The brand’s sudden demise was confirmed by its founder, Ivanka Trump.

Ivanka Trump brand began as a fine jewelry company, and grew to include so much more: shoes, bags, even clothes.

The brand was initially a success. It was the epitome of a “mall brand”: blandly feminine wardrobe options for the upwardly mobile middle class suburban mom. Think florals, “working professional” shift dresses, ruffles galore, and the occasional “eclectic” modern art print with geometric shapes and zig-zag slashes. And this worked, for a time. It was the late aughts, and mall shopping was at its peak. The clothes sold in department stores like Macy’s and Bloomingdales pretty much all looked the same, reflecting that consumerist, commercial sensibility.

But, in the end, this success was ultimately doomed to failure. Society changed; aesthetics shifted. Social media and ecommerce came and disrupted the department store model, and indie brands grew. Suddenly, athleisure became the dominant aesthetic, with oversized hoodies and sneakers slowly becoming suitable not just for everyday wear, but for the office as well.

And then there were the other, more practical issues. Ivanka Trump brand prices (a dress could run you up to $300, originally) didn’t quite match the inferior quality. And the designs were dull at best, terrifyingly outdated at worst (I mean, who approved this atrocious “peasant” neckline with a weird “split” sleeve whose ruffles look like a grandmother’s bedspread?). But perhaps the worst part of the brand was the idea it represented, that these clothes could somehow make you look as wealthy and classy and WASPy as Ivanka. And the problem with that idea is that it’s a scam: Ivanka Trump wears thousands of dollars worth of clothes, of top-of-the-line quality, and only deigns to wear her own brand when it suits her purposes.

The death of the brand may have also been caused by the widespread boycotts, such as the #grabyourwallet movement which boycotted stores that sold Ivanka Trump products.

Then again, it could simply be that Ivanka was just too busy playing First Daughter to keep a fashion brand slowly smoldering on the backburner. In a statement, Ivanka Trump said (we imagine, tearfully), “When we first started this brand, no one could have predicted the success that we would achieve. After 17 months in Washington, I do not know when or if I will ever return to the business, but I do know that my focus for the foreseeable future will be the work I am doing here in Washington, so making this decision now is the only fair outcome for my team and partners.”