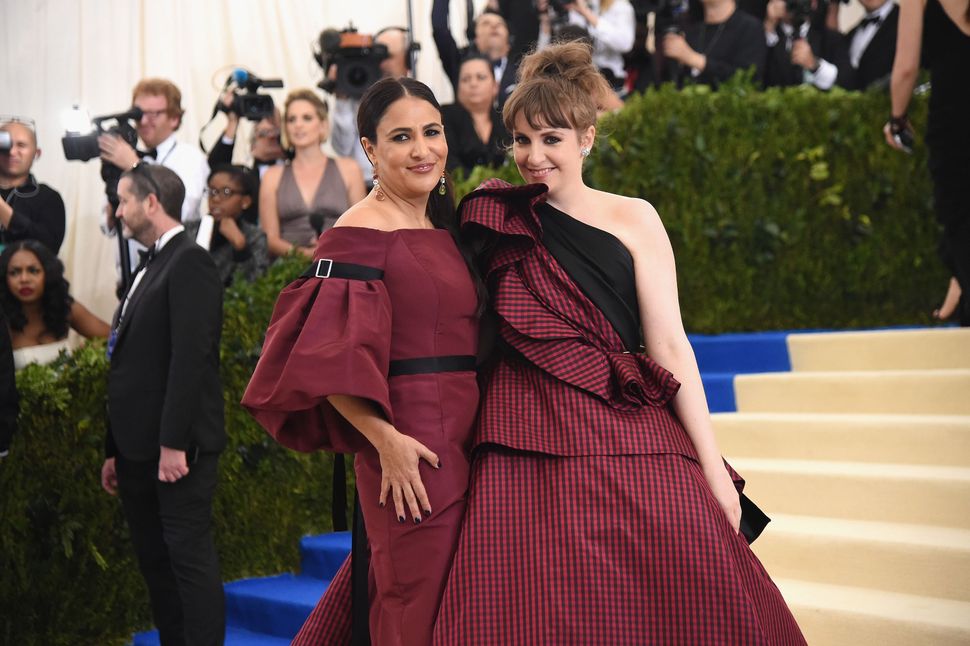 Just six months after Lena Dunham and her longtime boyfriend, musician Jack Anatoff, broke up, Dunham called it quits with her longtime artistic partner, Jenni Konner. Konner and Dunham share a whole family of brain children — The Lenny Letter, HBO’s upcoming show, “Camping”, and “Girls,” the highly acclaimed, highly critiqued show about four women navigating the waters (or in their case, skyscrapers) of New York City and their adult friendships. Dunham and Konner put out a joint statement saying that they while upcoming projects are taking them in different directions, they will remain friends and won’t rule out working together again.

The 45-year-old scriptwriter first met Dunham in 2010 through Judd Apatow, an Executive Producer for “Girls”, who brought Konner on to work alongside Dunham. The two women instantly clicked.

“She started out basically having to babysit me,” Dunham admitted to NPR. She adds, “Acting, getting naked in front of people, the public criticism that comes with it has been really emotionally draining, and unfortunately Jenni’s been put in the position of having to care-take. But it’s something she does with so much grace you would never think it was hard for her.”

With celebrity divorces on the rise, we’re mourning their split the way we would if Blake Lively and Ryan Reynolds were to go their separate ways. But, while their co-producing days have been put on hold as their contract with HBO is up at the end of the year, their friendship is still very much alive.

“We have had one of the most significant relationships together in our adult lives and we respect each other’s choices,” Dunham and Konner told The Hollywood Reporter. “While our interests are pulling us in different directions right now, we are excited about our current work and are firmly committed to the projects we have together. HBO has been our home for quite some time and we look forward to continuing there as we both move forward.

While we don’t know how their split will affect their daily feminist newsletter, we’re hoping for our sakes (and Lenny) that they file for joint custody.