The Real Reason Pete Davidson Deleted All His Social Media 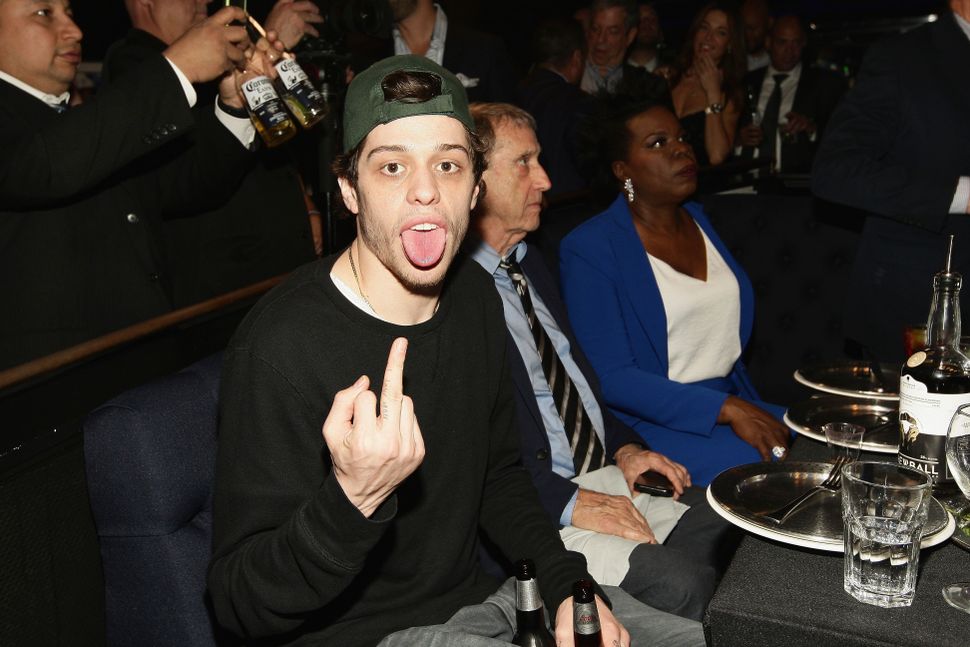 Pete Davidson pictured not caring what you think. Image by Getty Images

For once, Pete Davidson seems to be onto (into?) something.

And we don’t mean Ariana Grande.

If you haven’t heard, he recently left social media. To deflate your suspicions — there is no internet-outage-apocalypse. Millennials may also speculate that his abrupt departure from the cyber world is just a ploy to elope with Ariana to another planet. But, he assures us that his sudden move has nothing to do with his superstar fiance. Wherever he may be, we want to come with.

According to PEW research, 95% of teens have access to a smart phone, 45% admit to being online almost constantly, and 24% agree that social media has a negative effect on their lives. One girl aged 15 told Pew, “It provides a fake image of someone’s life. It sometimes makes me feel that their life is perfect when it is not.”

Davidson can relate to these sentiments as he made himself and his fiancé out to be the poster children of perfect relationship bliss. Clearly, their coquettish comments on each other’s Instagram feeds have been subject to public backlash. This isn’t the first time a celebrity has walked off the face of the earth. In 2015, Lena Dunham left Twitter for her managers to front because she felt ‘the space became too negative.’

As he put it so eloquently on his Instagram story: “No there’s nothing wrong. No nothing happened. No there’s nothing cryptic about anything. I just don’t wanna be on Instagram anymore. Or any social media platform. The internet is an evil place and it doesn’t make me feel good. Why should I spend any time on negative energy when my real life is f**king lit.” Um, how can we get on your level, Pete? And will Ariana use these words as lyrical inspiration for her next big hit?

We are not the gatekeeper of these unanswered questions. But, if all bets are on, we can predict that a break from social media will have their love lives soaring through new heights.

The Real Reason Pete Davidson Deleted All His Social Media