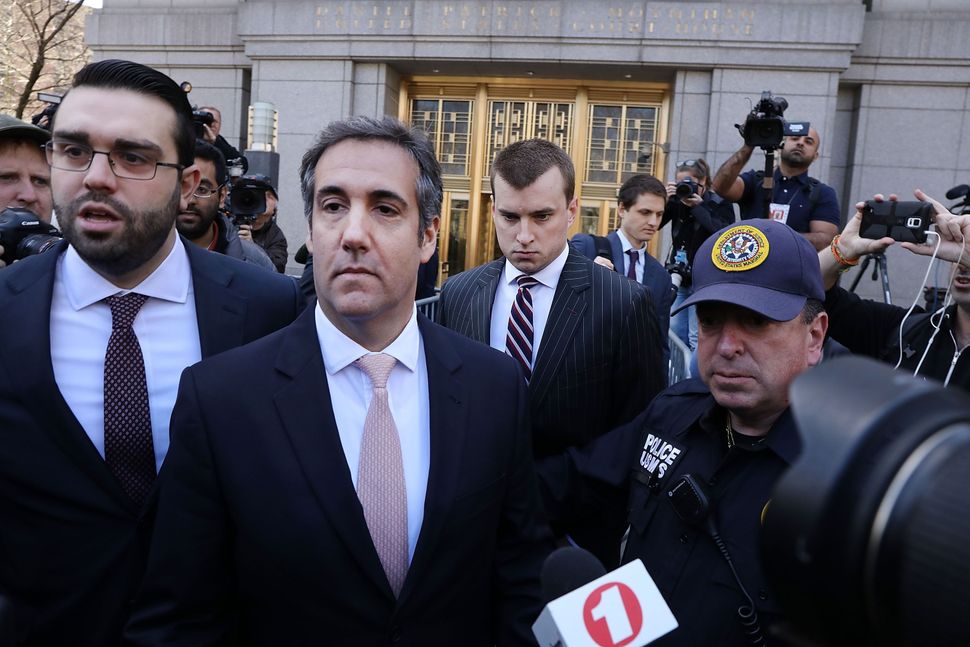 Before you jump to any conclusions, the tape in question is not a sex tape as one would hope. Instead, it depicts another instance in which Trump abused his power to silence women.

The audio consists of Trump and his former attorney, Michael Cohen, discussing how they planned to pay off the president’s former playboy playmate, Karen Mcdougal, a few weeks before his presidential campaign began.

The Daily Show’s Trevor Noah said it best: “It’s a little weird that we know so much about where the president has put his di**”.

All this time, Trump has maintained his innocence about the aforementioned payoffs. But when the FBI raided Cohen’s home and found twelve recordings — one of them disclosing his pursuit to set up fake corporations in order to buy off McDougal’s story from a man named David — the truth was revealed. Not that we were surprised, anyway.

More importantly — who is David? He is none other than American Media’s CEO, David Pecker, who sold the rights to Mcdougal’s story to Trump in 2016.

“I did not know Karen Mgdougal received hush money” will soon become the new “I did not have sexual relations with Monica Lewinsky.”

He told Fox News that if anything, the tape maintains his client’s innocence. “There’s nothing criminal about the conversation. No payment every occured,” he insists. That’s not what we heard, Rudy.

Trump, of course, could not stay quiet. He posted the following tweet, to which Jimmy Kimmel said, “What kind of lawyer would tape a client? The kind of lawyer YOU would hire.”

What kind of a lawyer would tape a client? So sad! Is this a first, never heard of it before? Why was the tape so abruptly terminated (cut) while I was presumably saying positive things? I hear there are other clients and many reporters that are taped – can this be so? Too bad!

Almost every comical late night show host could not hold back their commentary. “He’s like a hitman who decides to wear fingerless gloves,” Seth Meyers says about Michael Cohen on NBC’s “Late Night.” “This is a criminal investigation, and they’re treating it like it’s Laurel Verse Yanny,” he adds.

The tape also talks about unsealed divorce documents from his ex-wife, Ivana, and other presidential campaign talk.

And there’s more where that came from. With 11 more mystery recordings, we may finally hear about Stormy Daniel’s hush money. Or Russia’s involvement in the election’s fake news. Who knows? The sky’s the limit.