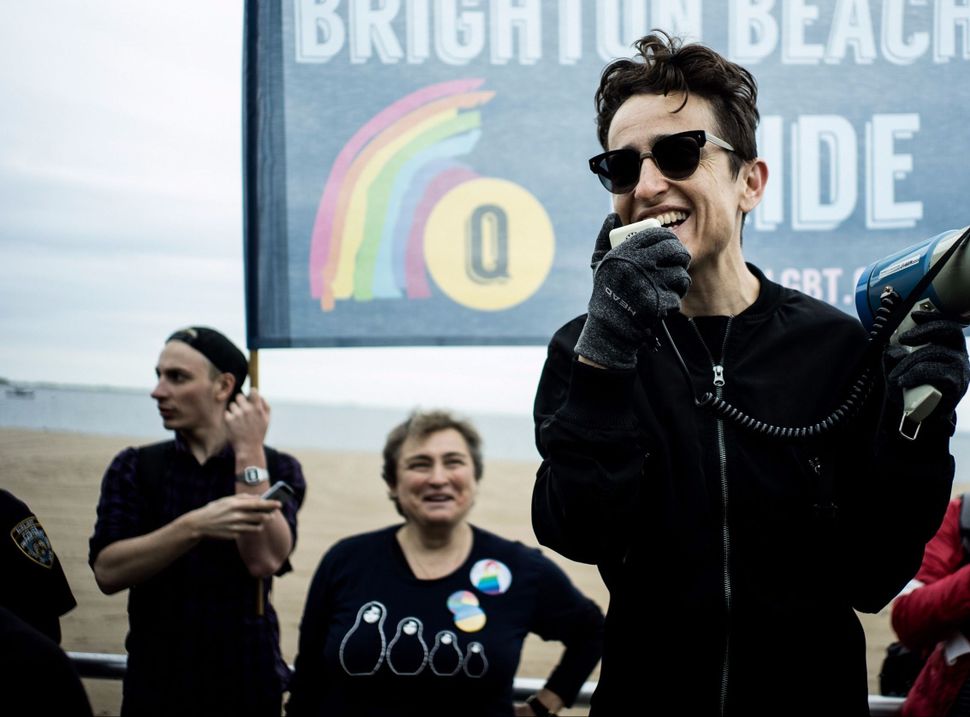 How do you give a discussion of immigration policy mass appeal? If you’re late-night host Samantha Bee: “Car-based comedy!” Last night, journalist Masha Gessen returned to Bee’s program, “Full Frontal” in a 1984 Russian Lada for a segment called “Comedians in Cars with Dissidents Getting Coffee,” a riff on Jerry Seinfeld’s popular web series.

The pair has commiserated over the state of the world in the past, both in Bee’s studio and a subterranean panic room beneath a Soul Cycle. They even shared the stage last year as co-lecturers for the PEN World Voices Festival. Last night’s conversation, however, marked the first time they hit the road Seinfeld-style.

“What’s the deal with democracy?” Bee asks with a Seinfeldian affect.

Gessen’s prophecies — dubbed “Mashecies” by Bee — are predictably dire. “Russia, I think, is going to keep pulling out of international institutions and treaties. It’s just like there’s no NATO and there’s no Warsaw Pact,” she says over a jaunty drum track. But Bee tries her best to leaven the grim news of family separation at the border, the threat of denaturalization for naturalized citizens with no criminal records and the difficulty of reporting the absurdities of the Trump administration by spoofing other car-centric shows, bundled with a cameo from Jason Alexander. Yes, don’t worry: They pay homage to “Carpool Karaoke.”

The six-minute segment doesn’t quite strike the right balance between the gags and Gessen’s insight, but the bonhomie between the duo makes it worth the watch. Maybe for the next round they’ll discuss Russian surveillance through a lip sync battle.