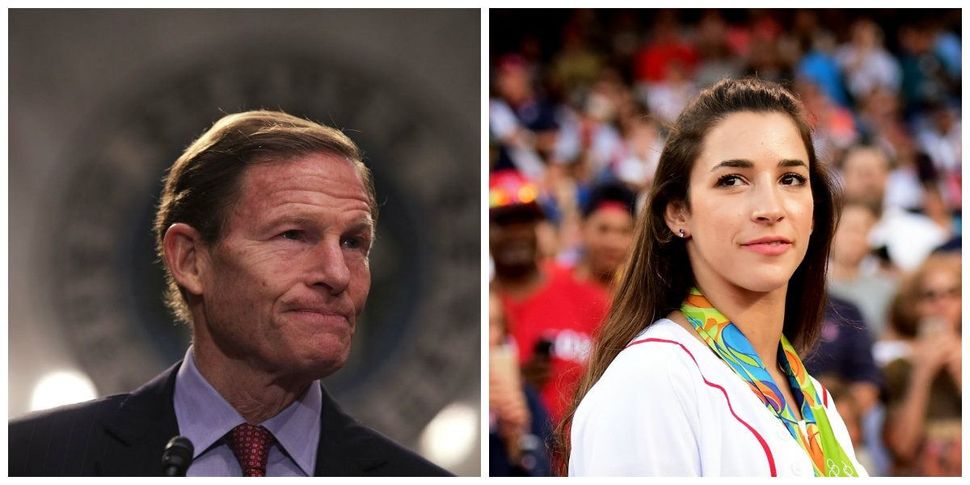 In January 2018, Larry Nassar was convicted of sexually assaulting over 300 girls and women who he was assigned to treat as a doctor in his capacities both as an employee of the USA Gymnastics team and Michigan State University, and sentenced to up to 175 years in prison. “I wouldn’t send my dogs to you, sir,” Judge Rosemarie Aquilina told Nassar during the sentencing.

Sarah Klein is believed to be Nasser’s first victim. He molested her during a “treatment” in the early 90s. On Tuesday, at a press conference held by Nasser survivors outside of a “Strengthening and Empowering U.S. Amateur Athletes” senate hearing, an 11 year-old spoke about being molested by Nasser three years ago.

How could this have happened?

Largely because of a series of alleged cover ups, enormous and tiny, by US Olympics, Michigan State, and other individuals.

At the hearing on Tuesday, the Senate questioned interim Michigan State University president John Engler, who has served in his position since his predecessor Lou Anna Simon resigned under massive criticism six months ago. Michigan State University has settled with 330 Nassar accusers for $500 million. “I regret my errors and have publicly acknowledged them,” Engler told the Senate in a barely-contrite statement. At one point during negotiations, Engler suggested in an email that Rachel Denhollander, the first woman to come forward with an accusation against Nasser, was receiving payoffs from lawyers who were suing his university.

During the testimony, Engler was questioned by Senator Richard Blumenthal about Kaylee Lorincz, a 19 year-old MSU student who is another survivor of Nasser. Lorincz has alleged that when she spoke to Engler about her abuse, he offered her a check for $250,000 in exchange for Lorincz ending her lawsuit against MSU. In a series of questions witnesses called “relentless,” the Connecticut Senator asked Engler to explain this accusation. On 12 separate occasions, by the count of a reporter for Think Progress, Engler insinuated that Lorincz lied about the interaction. Lorincz, sitting in the hearing room, watched.

After a significant period, the Senator stopped his questioning. “I just want to say, for the record, that I believe Kaylee Lorincz and her account,” Blumenthal told the room. They cheered. Lorincz says she cried. “For Senator Blumenthal to sit up there and say that he stands with me, you know, turned it all around,” she said.

Aly Raisman, the Olympic gold medalist and two-time USA Olympic team captain who has been one of the fiercest leaders of the charge against the systems that allowed Nassar to reach so many women and children, was also moved. “Him just standing up for her, it means so much for all of us,” she said. “Because when I say, all of us, I mean, we’re all in this together, and when someone attacks someone else, we all feel it.”