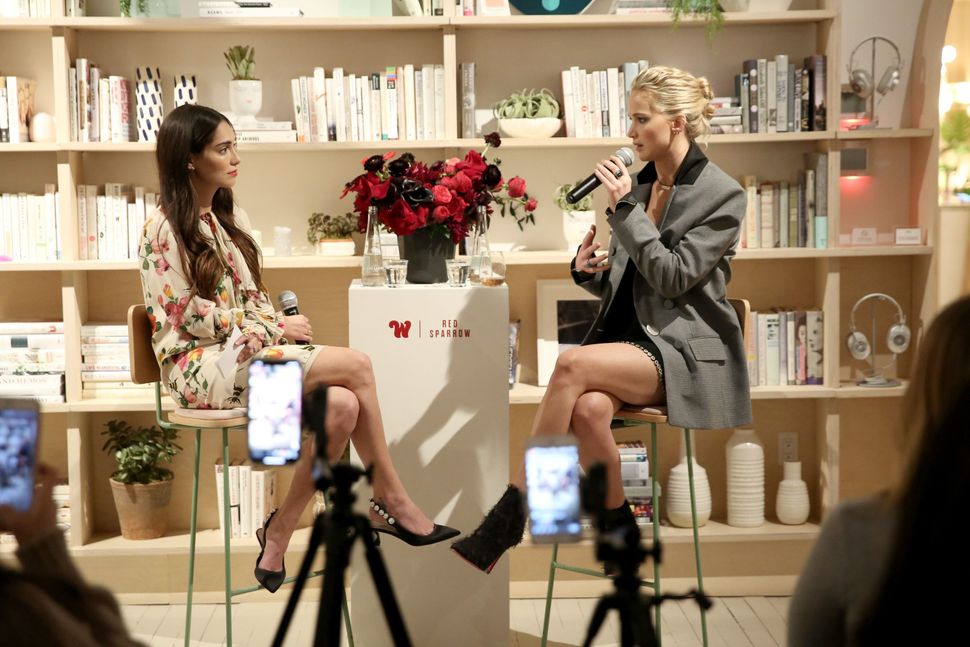 In nineteen short months, the women’s working world as we know it has changed forever. And it’s all thanks to Audrey Gelman and Lauren Kassan, Jewish co-founders of The Wing, a chic multi-purpose women’s working space with the coolest happenings in Manhattan. One such happening featured a talk from Hillary Clinton. Another had New York gubernational candidate Cynthia Nixon grace their stage with her insights on the state’s most pressing issues. They even launched a seasonal magazine called, “No Man’s Land.”

Just yesterday, news broke that the company (who raised over 40 million dollars in funding since its launch) will be expanding both their Flatiron and Soho locations, with an additional San Francisco space opening up this October. Between both spots, the company is taking over 15 square feet, and the entire fourth floor in the Soho building.

“It’s an especially big deal for us to expand our original Flatiron space, which we opened only 19 months ago,” Lauren Kassan tells The Real Deal.

The only caveat is, in order to take part in The Wing, you have to be a member. It used to be more exclusive, with a wait list of over 8,000 people. Now, they’ve loosened their reigns on who gets accepted and even offer a scholarship program to cover the hefty price tag that comes along with a membership. “Despite the fact that we have a really diverse community in terms of professions and racial and ethnic backgrounds, and increasingly in terms of age, we wanted to make sure we had economic diversity represented in our memberships,” Gelman tells The Cut.

Even if you’re not a member, you can still enjoy their new summer merch that dropped this week, with “Light Like A Girl” lighter and “Harvest Scented Candle”.

Our hot new merch has landed! The Wing’s summer collection is full of terrazzo print, collabs with independent female businesses (like our ? Wing x @otherlandco candle), and special pieces benefitting the @wpa_nyc, a non-profit close to our hearts! This and so much more on shop.the-wing.com ✨ ( ? ? styling director @thankyou_ok & photographer @aileen_son)